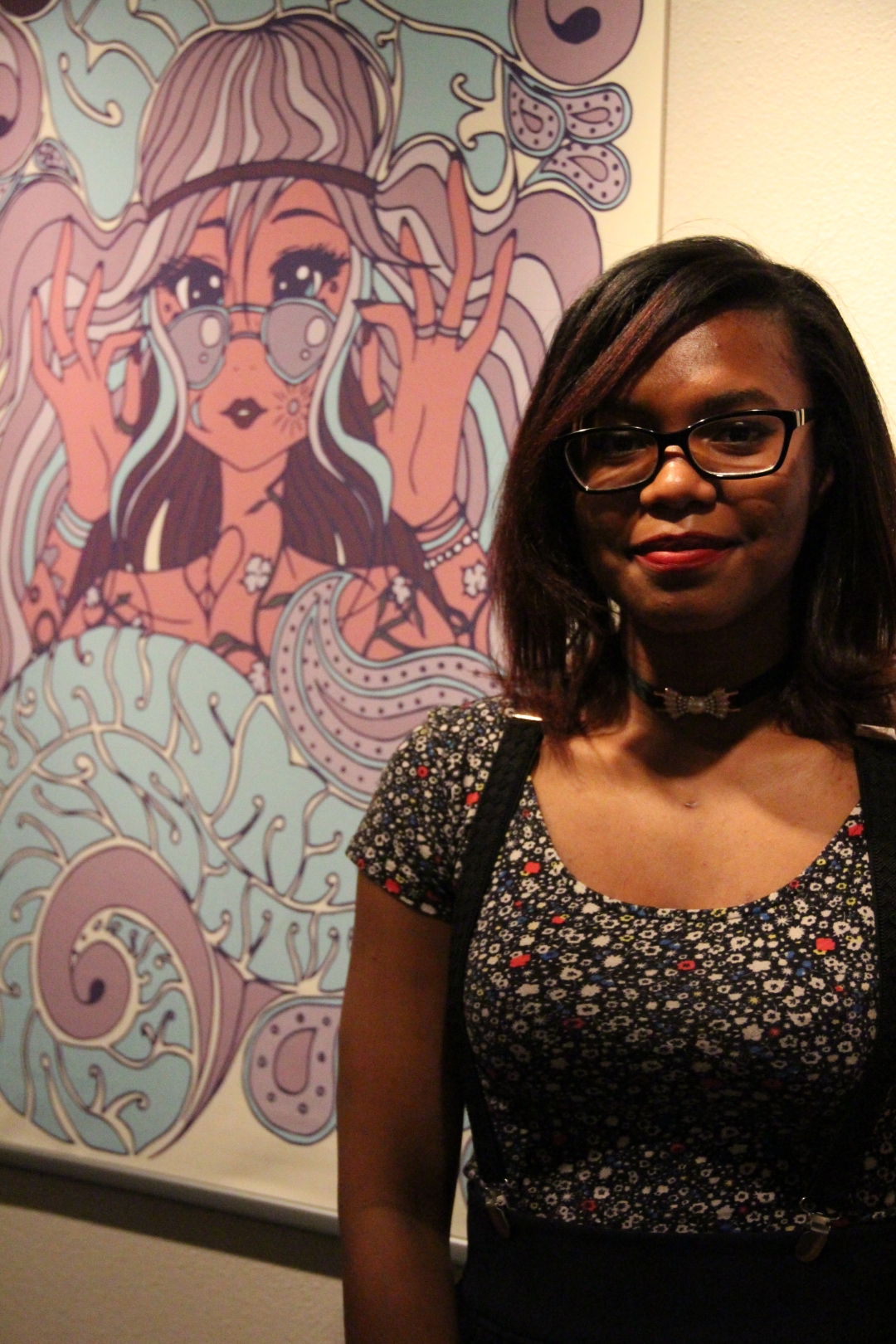 Digital Art is art too, and it deserves to be presented as such.

Digi Arts, senior graphic design major Jasmine Robinson’s art exhibit is being presented this week in the Art Building. The exhibit opened Sunday, April 30 and will be up for viewing throughout the week.

“Once you step in, the first thing you’ll see are four, big posters. This is my series called Citrus Breeze. Citrus Breeze is a fictional psychedelic band made up of four women.” Robinson said.

Robison said she loves Art Nouveau and band posters from the 1960s and 1970s, so she wanted to make a series from those influences.

“My favorite part about making the posters were drawing the women and incorporating the text into the design,” she said. “It’s fun to read what the text is about because it makes your eyes move all around the artwork.”

Since the art was done digitally, Robinson had to order the posters and wait for them to be printed. This caused anxiety, since the end product was a mystery.

“I was really worried of how they will look after I ordered them,” she said “But once I received them and opened them up from the package, I was very pleased to see the finalized version of the series,” Robinson said.

“Jasmine’s show focuses on her personal brand called “digi arts”. It is a collection of her graphic design work and some of her fine art too,” Swindell said.

Swindell said her favorite work in Robinson’s show was the wall scrolls and the geisha pictures.

“Her wall scrolls are huge and feature amazing portraits of young women with a psychedelic style,” Swindell said. “Her geisha picture definitely stands out for me though. It is so beautiful and elegant and without a doubt has Jasmine echoing through it.”

“She has been working really hard to create her artwork and designs, printing it just right, as well as mounting and matting it. She has also put in a lot time to make her stickers and plushies of her monsters, which are the face of her brand.” Swindell said.

She finished by praising the opportunity viewers would have to appreciate graphic Design as an art form.

“This show is important because it is an opportunity to come and support graphic design as the art form it is,” Swindell said. “Some people think if it’s done on the computer or with a camera, it’s not real art, and I strongly disagree. I think Jasmine’s show is living proof of that. You cannot look at her work and say it isn’t art.”