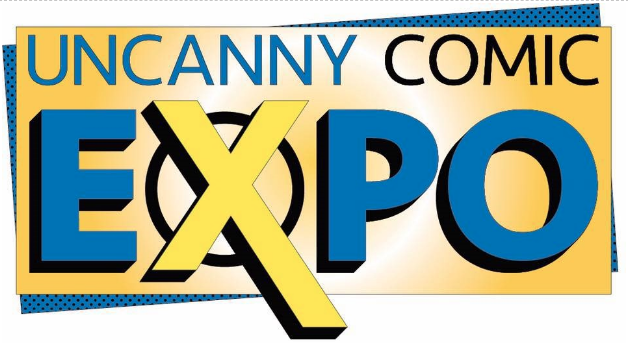 The first ever Shawnee comic book convention is officially coming to town.

The Uncanny Comic Book Expo will be located at the Fire Lake Arena. The convention will be held March 9th, beginning at 10:00 a.m. – 6:00 p.m. Tickets for the event are $5 in advance and $7 at the door. The event is being put together by Oklahoma Baptist’s own associate professor of Music Theory Dr. Peter Purin.

“I have been selling comics at conventions for a few years…,” said Purin. “I love the atmosphere of a good convention with all the great nerdy stuff to buy, panels and shows, and awesome costumes and fantastic art to see. I thought that it would be really fun to bring one to our community.”

Vendors for the convention will be Oklahoma-based business showing off some of their merchandise and giving away some limited edition prizes.

“We have awesome vendors.” said Dr. Purin. “Lots of comics, toys, and other collectibles, artists who offer prints, book art and more! There are so many great Oklahoma-grown vendors who offer fun and unique products.”

There will be official game tournaments held at the Expo, which will include an entrance fee of $15 in advance and $17 at the door. The fee will also pay for admission into the convention.

“There will be sanctioned gaming tournaments,” said Dr. Purin. “A Super Smash Bros. ultimate tournament, a Dragon Ball Fighter Z tournament, and a Magic the Gathering Tournament starting when the first 8 people sign up.”

“For video games, bring your own Switch controller,” said Dr. Purin. “There are cash prizes for the top 4 places.”

Cosplaying plays a major part of any comic convention. Dr. Purin who has been a cosplayer for the Star Wars 501st Legion since 2005, will be joined by other cosplayers such as Courtney Mills and Marley Adams.

“I currently have a pretty epic Darth Vader costume,” said Dr. Purin. “I love making kids of all ages smile and feel that sense of wonder when they see a character they love from a favorite movie.”

A Cosplaying contest for kids and adults will be available at the Expo, which will be sponsored by Chick-fil-a.

“We have one costume party for adults and one for kids,” said Purin. “Chick-fil-a is providing some adorable prizes for this!”

The convention is aiming to be family-friendly, with an emphasis on being inviting and easy for newer con-goers to not feel overwhelmed.