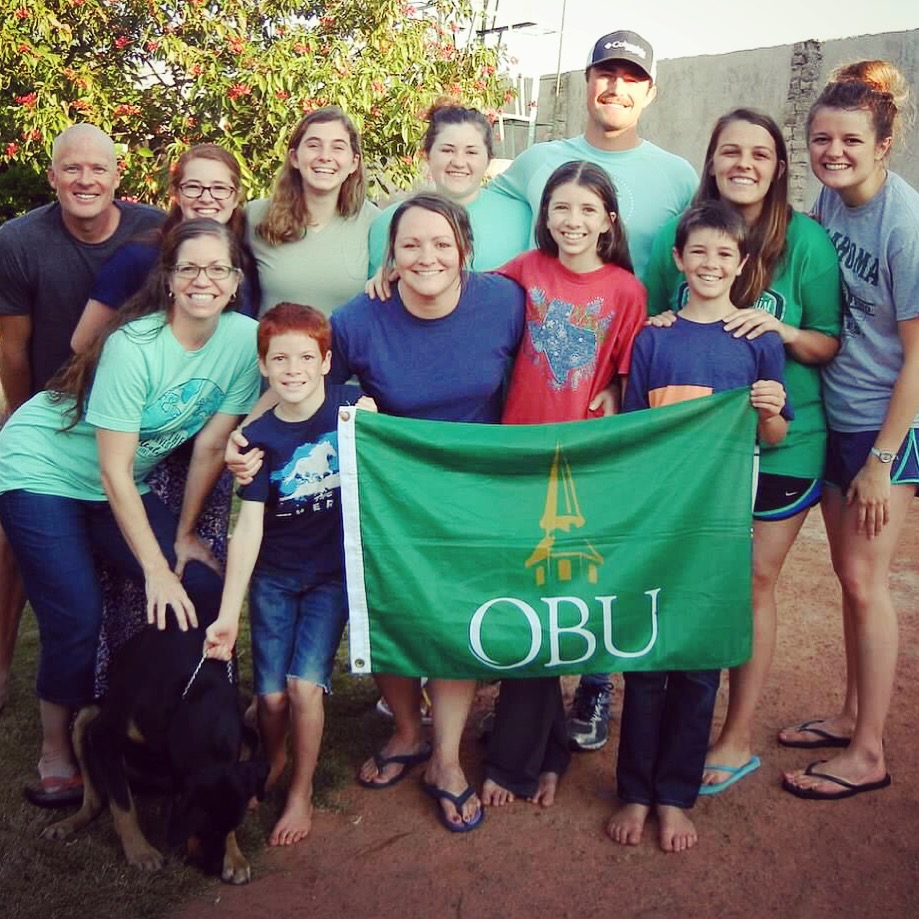 From the field: OBU students encourage Kimbroughs in Zambia

It is common in OBU culture for students to go on GO trips. Blake and Dawnya Kimbrough worked on the field in Zambia for the past eleven years.

They planted multiple churches and brought many nationals to Christ. Through short-term GO trips, students have encouraged and helped on the family.

“Each time OBU came to us, it encouraged us,” Dawnya said. “It was multi-purpose. We can encourage the students. Nationals were encouraged by them too. Just all around, encouraged.”

Multiple articles and church leaders have argued that short-term missions do not make a difference.

“Besides the typical, pray, give, go, I would hang out on the go part,” Blake said. “Especially a church that would be committed to the missionary again and again.

“One of the things that we’ve seen typically is if you come once, it’s really for you, and the nationals will call you a tourist. You don’t really get in at that level. If you go back a second time, you really encourage the missionary. You’ve said, ‘We agree with what you’re doing, we pray for you, we support you.’ The third time, the nationals say, ‘you came back for me.’

“That go aspect, to repetitively go, makes a big difference on the field.”

Some students have been to Zambia multiple times.

“To watch national brothers and sisters in Christ interact with them, they were able to go freely and not be bound up by issues because they knew so much more, they’d done it before, they knew what we were doing and the nationals knew how to work with them,” Blake said. “They see people come and go all the time and never come back again. The ones that keep coming back really make the difference. Some churches have a bucket list, but if you just really get grounded and get in and get ministry started, get entrenched, it makes a difference.”

OBU was not the only source of encouragement, however. The Kimbrough’s received support from those around them both stateside and in Zambia.

“The nationals that we led to the Lord and discipled, they became our support group,” Blake said. “If there was any need whatsoever we could work through that. The other is, our membership to a church down the street from my mom’s house.”

It is easy to feel alone or forgotten on the field, and while the Kimbrough’s experienced that occasionally on the field, they did have a good support in their church family stateside.

“Knowing that they were praying for us every Wednesday and Sunday helped,” Dawnya said. “They remembered us in prayer. They would send care packages. The pastor and his wife adopted us into their family. Messages as well, from the pastor, from the people there. Even though they had never sent anyone to us, we knew they didn’t forget about us. They were faithful to pray about us.”

Through this support, the Kimbrough’s were able to make slow but sufficient progress in their calling. Each of them had different ways of working on the field.

“We were in a place where there hadn’t been any work before,” Blake said. “We met with chiefs, and I’d share the gospel with them and get permission to work in their lands and their kingdoms.”

Once a relationship was established, Blake said they would take years for people to begin trusting them.

“People started actually trusting us and Christ,” Blake said. “Once we had that one person, we led them through leadership development and teaching them how to teach Scripture clearly. Churches were planted and it went from there. It was a slow process.”

Work on the field was not solely Blake’s responsibility; Dawnya also had an important role in Zambia.

“My role was to be the wife and be the mom of our little ones, to homeschool them,” Dawnya said. “Trying to visit with ladies in the market and share with them. Just through daily living, modeling what a Christian woman looks like, what a Christian mother looks like. Those types of things, being a part of a church. Not in the day-to-day going out as much with little ones and then homeschooling but on Sundays going and being part of it.”

Before the Kimbrough’s left the states for Zambia, they were called. Their story shows the need for individual calling.

“I was pastoring in Texas and through a long process I was convicted I needed to preach on work in the field at our church,” Blake said. “I preached a sermon series about work in the field and the kingdom of heaven. About a third of the way through that sermon series, God convicted me that we needed to go. I argued with the Lord a lot in that time period and finally I said, I surrender but You’re going have to call Dawnya. And I’m not going say anything.”

Dawnya’s story is a little bit different. Instead of being called through teaching at the same time as her husband, Dawnya was called months after God called Blake.

“For me it was the Fall of 2004,” Dawnya said. “I started to be aware that there was life beyond where we were pastoring. Over the course of that season I was feeling a discontentment and realized, God has something else, or something different. Then there were some songs that I was listening to that happened to be all about working on the field and God was speaking to me a lot through the Psalms about going to the nations.”

While some couples talk through their callings with each other, each Kimbrough did not want to cause the other to do what God was not calling both of them into.

“I knew we were going be rural,” Blake said, “and it was going be hard and so because of that, I didn’t have any doubt that she needed to be called as well. Especially on those tough days when it’s really, really hard.”

“That’s what kept us there when it would’ve been so much easier to say, we’re done,” Dawnya said.

One thought on “From the field: OBU students encourage Kimbroughs in Zambia”