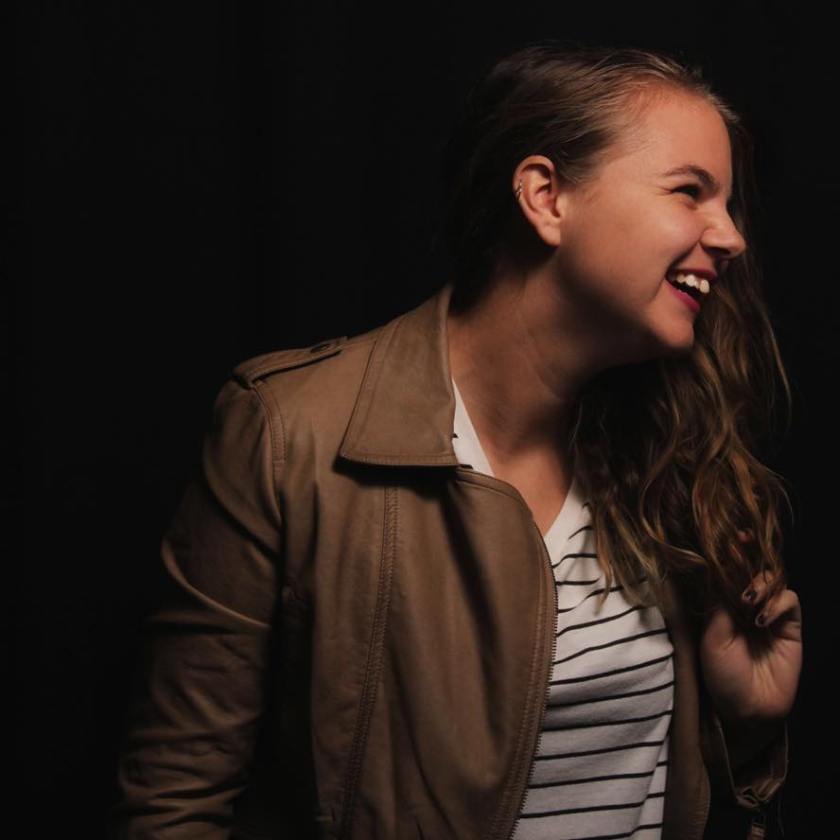 Generally, the risk that comes with writing about the deceased is relying too heavily on dramatic, emotional platitudes: the “I feel his absence like a phantom limb” kind of sentiment.

For me, the risk in writing about dead people involves an over-reliance on humor. Humor has always been my go-to coping mechanism, even when others might deem my timing inappropriate or insensitive. Some people cry, some people get angry and some people simply accept loss; I crack jokes.

For example, my dad started dying in May of my junior year in high school. By that November, he was gone. By that December, I was making jokes. Dead dad jokes were very popular between my sister, my brother-in-law and me, but others weren’t so keen. “It’s not fair,” they would say. “It’s funny, but you’re the only one who can laugh without feeling bad!” I even had a joke for such remarks. “You get live parents,” I’d say. “And I get to laugh at funny jokes. I think it’s a fair trade.” Humor may have been a crutch, but it was a necessary one—one I still use.

I’m going to be honest with you for a second though- those six months, and the ones that followed, were anything but funny. My dad had an aggressive brain tumor, and doctors tried to treat it with standard chemo and radiation.

I think the chemo might have been worse than the cancer; it made him sicker than I ever could have imagined. He was exhausted, swollen and his head looked like a patchwork quilt. I left for a three-week camp at the beginning of that summer, and when I came back, he didn’t look like my dad anymore.

By the end, he didn’t act like my dad anymore either. My dad was known for being gregarious and social.

In fact, he would start a conversation in every checkout line he found himself in, bought a piece of candy for every sad child he encountered and usually kept us for hours after church had ended, just chatting away.

I spent the Saturday mornings of my childhood in the front seat of his truck, driving around town ‘visiting.’ If someone, anyone, called and needed something, he went and filled that need. I never saw that man say ‘no’ to any request, conversation or chance to meet a new person—until he got sick.

The day Mike Lounsbery said that he didn’t feel like seeing people, that’s when I knew it was over.

Everyone has to deal with losing a parent someday, but I never expected my loss to happen so soon in my life. I never expected to carry the weight of grief at such a young age, and it was a significant weight. For so long, everything was just so hard.

My grades suffered, I was unable to enjoy the things that used to bring me happiness and I felt like I had lost a bit of my identity when I lost my father.

Even the people close to you start to drift away because they don’t know what to do or say. That isn’t a criticism—it’s hard to know how to console someone who lost so much.

For me, I think I turned to humor to cope with not only the loss of a parent, but the loss of friends and support as well. Grief can be very isolating; people sometimes choose to say nothing just because they fear saying the wrong thing. In that absence of words, we try to fill the void as best we can.

Because of my experience, losing my father at such an early age, I do think I am uniquely qualified to help others navigate grief and to help others be supportive of the grieving.

There are a few guidelines that will help you be a better friend, to be the kind of support system that would have helped me, so many years ago. The next time you have an opportunity to console someone, keep these thoughts in mind.

Rule number one: Don’t treat the person who is mourning like he or she is going to fall apart. All they want is for life to return to normal, and treating them like they are made of glass doesn’t help find that new normal. For me, many people would be afraid to mention their own parents around me, afraid they would exacerbate my pain. But those obvious omissions are LOUD.

Rule number two: don’t say that it was all in God’s plan. He foreknew- but I know for a fact that God didn’t look down on me and say “I don’t want that girl to have a dad anymore.” My father is dead because sickness is a consequence of the sin that has its greedy little claws dug into our world. I don’t want you to become paranoid about mentioning God, of course not. But I do think comforting words should be thoughtful and intentional. Sometimes clichés can be hurtful just because they are so easy. God knew what was going to happen to my father, but that didn’t mean I was ready to just stop grieving and chalk the whole experience up to a platitude. Grief is just larger than that.

Rule number three: If people do mention their lost family members/friends, it’s okay to talk about it. Please talk about it. We have a lot of reminders that our parents are dead— talking about them reminds us that they were alive. Don’t assume that we want to avoid the topic. . .sometimes when you lose someone, the pain is even more intense because not only is the person missing in your life, but you feel as if you aren’t supposed to discuss them anymore. That just intensifies their absence, so let us talk. Don’t let your own awkwardness overshadow a great opportunity to be a friend.

Rule number four: They’re never not dead. It never gets easier; don’t expect us to be fine because it’s been two years, or five years or seven. We’re not going to be sad every day, but sometimes, grief just hits out of the blue. It’s not your job to make us feel better, and many times you can’t. Sometimes, remembering just hurts, and that’s okay. It seems many people kind of give you a grieving timetable, an unspoken expiration date on being sad. Just because the funeral is over and life has gone on does not mean the absence is any less real.

Rule number five: Be the same friend you were before all of this happened. A death rocks your entire world, so be something stable. You don’t need to have the right words or do the right things. Just be there.

Rule number six: Try not to judge how we cope. I used humor, and I know some may have found that shocking. So work to not apply your coping mechanism onto other people. Let them find their way, and just go along for the ride, whether that be with irreverent jokes, prayer or a mid-night taco trip.

If you are reading this and YOU have lost someone close to you, I am so sorry. I promise, it gets better. Your old normal is gone, but you will find a new one. It will be okay, but it doesn’t always have to be. Fall apart. Cry. Mourn. Pray. I stopped praying for so long because even though I knew that God was still good; I was angry. Yell at God- He can take it. He knows what you’re feeling whether you tell Him or not, and He is the one constant.

Psalms 75:3 really resonated with me then and it still does today: “When the Earth and all its inhabitants shake, I am the One who steadies its pillars.”