This week is a milestone for OBU sophomores, as they were faced with their second-to-last Civ exam. As many look back on their first weeks of Civ at the beginning of the fall semester, Ms. Gaynor’s lyrics ring true: “At first I was afraid, I was petrified!”

“There is so much information presented at one time,” Unruh said. “It can be hard to soak it all in.” 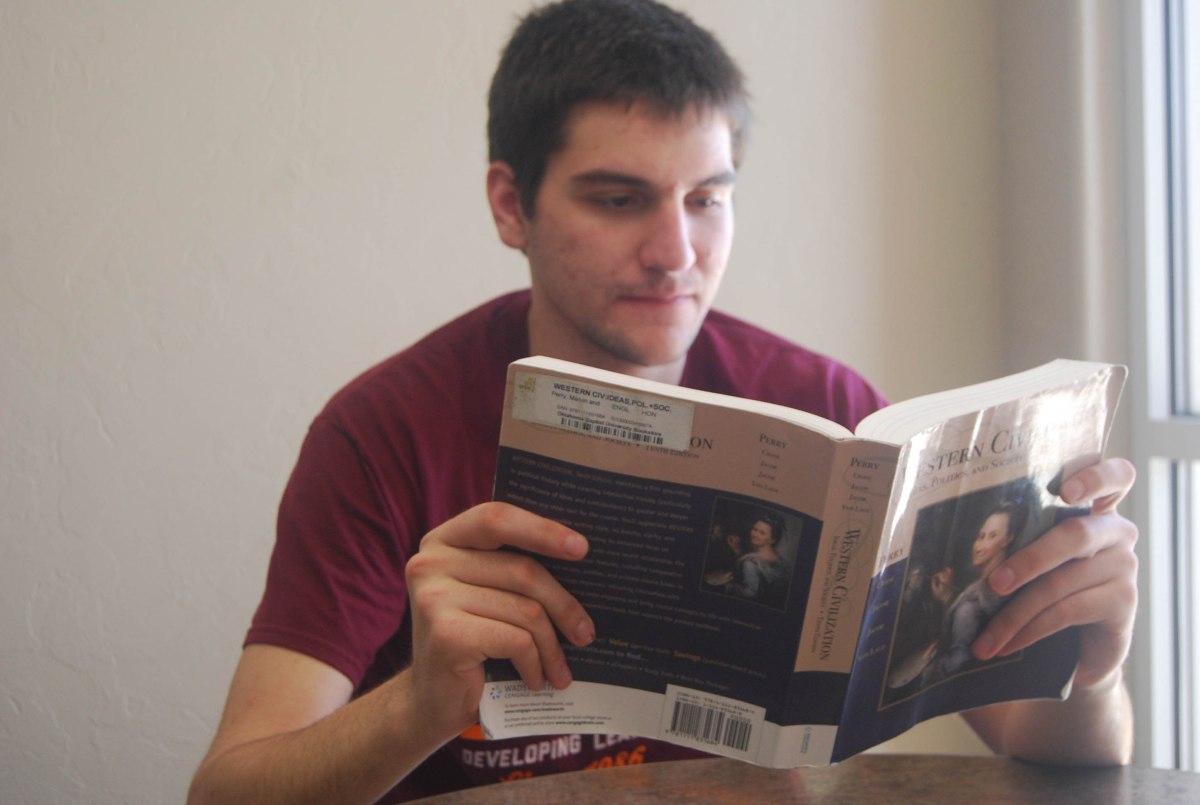 In 1978, pop icon Gloria Gaynor presented the world with her disco anthem, “I Will Survive.” Little did she know, the words of her song are almost identical to phrases that modern-day OBU students enrolled in the required Modern Civilization class (referred to as Civ) use regularly.

This week is a milestone for OBU sophomores, as they were faced with their second-to-last Civ exam. As many look back on their first weeks of Civ at the beginning of the fall semester, Ms. Gaynor’s lyrics ring true: “At first I was afraid, I was petrified!”

Sophomore finance major Libby Unruh said that the daunting amount of knowledge to be learned in Civ can be overwhelming.

“There is so much information presented at one time,” Unruh said. “It can be hard to soak it all in.”

“I was attempting to study for that very first in-class essay exam,” Dean said. “I’d only been able to go to one cram jam so I was mostly on my own.”

Once again, Gloria’s words resound with familiarity as students were forced to evaluate their time-management skills once the course load set in.

“It is not always easy taking the time to concentrate on the readings and do your best on every single logbook,” Unruh said.

For those in first-semester Civ, one missed history class could mean three hundred years of missed material.

“I’d never had to weave together hundreds of years of history and literature together into a single essay,” Dean said. “Much less from memory. in the span of a little over an hour.”

Gloria Gaynor continues her song with “Oh, no, not I! I will survive.”

Civ can be draining, so it’s important for students to remember that the class doesn’t last forever.

“I believe that there is a light at the end of the tunnel,” Dean said.

Dean is enrolled in “suicide Civ,” a Civ section that meets for two class periods every other day, rather than one class period each day.

“Fortunately, I was in suicide Civ, so I had longer to write than the normal sections,” Dean said.

Even though Civ exams have a reputation for being difficult with hand cramps guarenteed, Civ presents a wealth of knowledge on interactions in humanity–something that students can cling to, much like dear Gloria in her lyrics, “Oh, as long as I know how to love I know I’ll stay alive.”

Unruh acknowledged that the regard she has earned for various thoughts and communities has been impactful in the midst of the hard work.

“I’ve learned to better approach and appreciate other cultures and ideas. There’s still much to be learned.”

Since Civ is a required class, it is able to bring students together in ways other classes may not.

“I definitely feel more a part of the OBU community,” Dean said.

Civ is a class that does not end with the semester, but holds concepts that continue to impact students’ thoughts and understanding of life.

“We’ve experienced another one of OBU’s hallmarks, and it has certainly been an interesting ride,” Dean said. “During the process I have forged relationships and gained a holistic understanding of Western Civilization, and why it is the way it is.”

“After taking Civ, I feel more informed about how far humanity has come,” Unruh said.

Gloria Gaynor sadly “spent, oh, so many nights just feeling sorry for myself, and used to cry,” but like many Civ students in their end stretch, “now I hold my head up high.”

“I stayed up almost all night rereading notes and making an outline,” Dean said.  “And then after that—condensing that outline and memorizing it.”

However, instead of feeling gloomy over discussions of war and tragedy, Civ students can rise above to an understanding of how certain events can avoid reoccurrence.

“Society really needs to understand key moments in history in order to avoid the consequences of repeating the same mistakes,” Unruh said.

Dean can hold her head up high right along with Gaynor.

“We’re seven weeks away from the end of the semester,” Dean said. “That’s way shorter than summer, or at least that’s how I keep thinking about it.”

As the end of the semester approaches, the sophomore Civ students can reflect on how far they have come, and push onward to May.

“I have learned that I enjoy learning about the big picture on a larger scale than ever before,” Dean said.  “Despite the hundreds of pages read and immeasurable hours of sleep lost, I would do it again.”

In the end, Gloria said it best, “I’ll survi-hi-ive. I will survive—hey hey!”