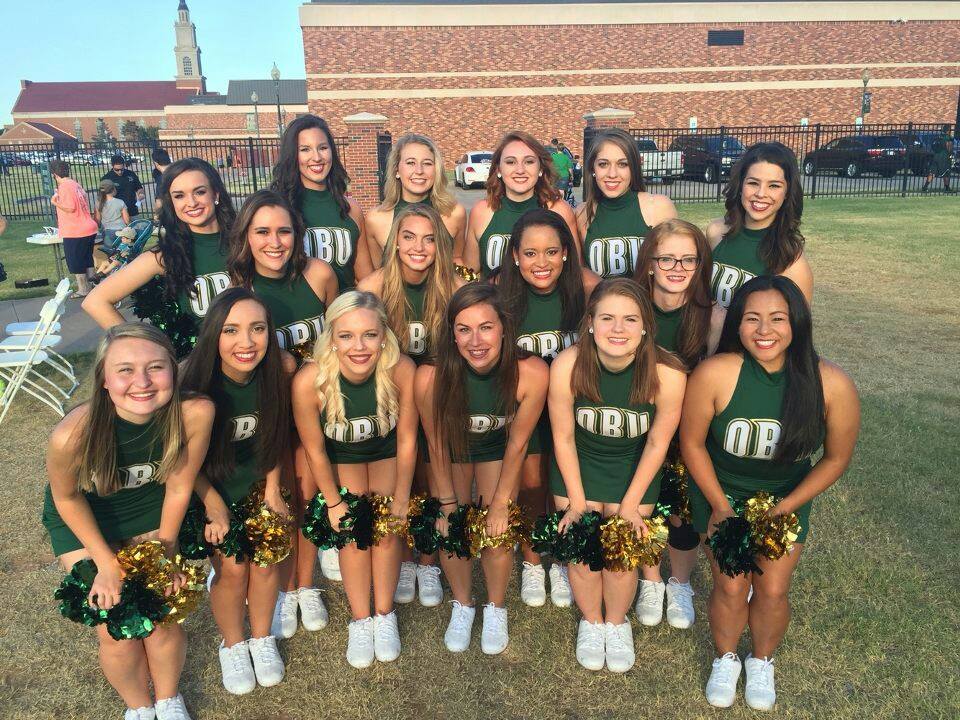 Dancing at Oklahoma Baptist University is a relatively new activity.

However, the pom team has already secured a spot to dance at Nationals in Daytona, Fla., April 4.

“This will be my first ever team to take to Nationals,” head coach Amelia Patterson said. “The team goal is to make it to finals, but my goal for the team is just to walk away knowing that they did the absolute best they could.”

Despite the fact that nerves are running high for most, many of the girls are just as excited to be a part of the experience.

“I am so ready to go to Florida and support my team,” sophomore Ellen Mathews said.

“We have been practicing all semester, and the team deserves to win at Nationals. I will be supporting them every step of the way.”

Sophomore Anastasia Robinson focused on the excitement and expectations toward Nationals.

“My personal goal is to just gain a memory that we are never going to forget,” Robinson said. “As well as to solidify relationships that will never fade.”

The team has already started an intense routine in order to reach their goals.

Practice and work ethic is the main key for the Lady Bison, who also emphasizes on being positive individuals on and off campus.

Mathews analyzes more how dancing at OBU has helped her overall college experience.

“OBU is the best university I have ever been to,” Matthews said. “We are considered athletes as dancers, so it has pushed me academically and athletically overall.”

The team is not only striving to be better as individuals, but also really understanding what it means to be part of a team.

Finally, Patterson reveals why she decided to take the coaching position at OBU.

“The opportunity to work in such a Godly and Christ-like environment, it was very attractive to me,” said Patterson.

“On top of all of that though, I get to teach my passion of dance and make women not only better dancers, but better women of Christ.”