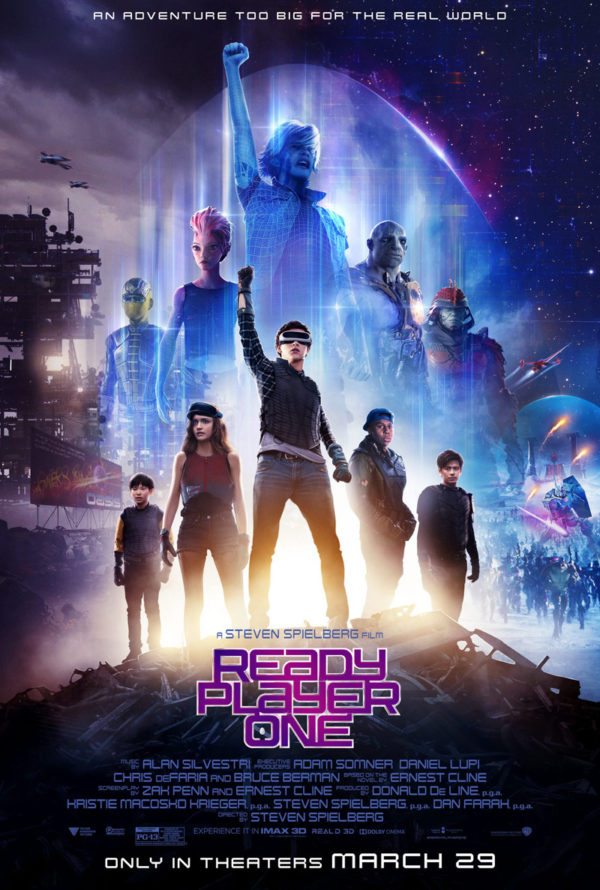 I would say “Ready Player One” is only worth it if you see it in 3D, but it was no less amazing in 2D.

Yes, that means I saw it twice, but it was so worth it.

Virtual Reality has become the most important economic resource. Everyone is doing it; they’re all playing the same game, too. It’s called the Oasis. It’s a virtual world where you can do literally anything. There are planets dedicated to sports, gambling, vacationing and so much more. You can also make your avatar look like anybody you want, even Marvin the Martian from Looney Toons or a zombie.

The founder of the game, James Halliday, was obsessed with the 80’s, so if you’re a lover of retro pop culture, the Oasis is heaven.

The movie centers on Wade Watts, aka Parzival in Oasis, who is trying to find Halliday’s Easter Egg he hid in Oasis before he died.

To find the Egg, which would make him the owner of Oasis and a trillionaire, Wade has to find three keys that are hidden throughout Oasis.

The real reason Ready Player One is a winner is the beauty of the picture. Half of the movie takes place in the Oasis, and it is breathtaking.

The action in the racing scene, one of the first scenes in Oasis, was mind-blowing. It felt like you were actually there.

The CGI effects throughout the movie were spotless.

The CGI doesn’t look realistic, but that’s the point. People in 2045 go to the Oasis to escape reality, and the Oasis meets their demands by being an idealistic paradise, hence the name.

Now, for my favorite component of the movie, the many, many, many throw-backs.

There’s a Chucky doll that’s used as a weapon.

Parzival and his “clan” go into “The Shining” and meet the twins and the ghost from room 237.

Parzival pulls a “Dragon Ball Z” move and shoots a ball of energy from his hands.

The villian, Nolan Sorrento, transforms his avatar into MegaGodzilla.

King Kong attacks the race cars after jumping off the Empire State Building in the first Oasis scene.

The soundtrack also is a throwback to the 80s with Van Halen, Joan Jett, Springsteen, Eart, Wind, and Fire and so much more.

If you love eye-popping special effects, poignant messages about the future and the 80s, Ready Player One is the perfect movie.