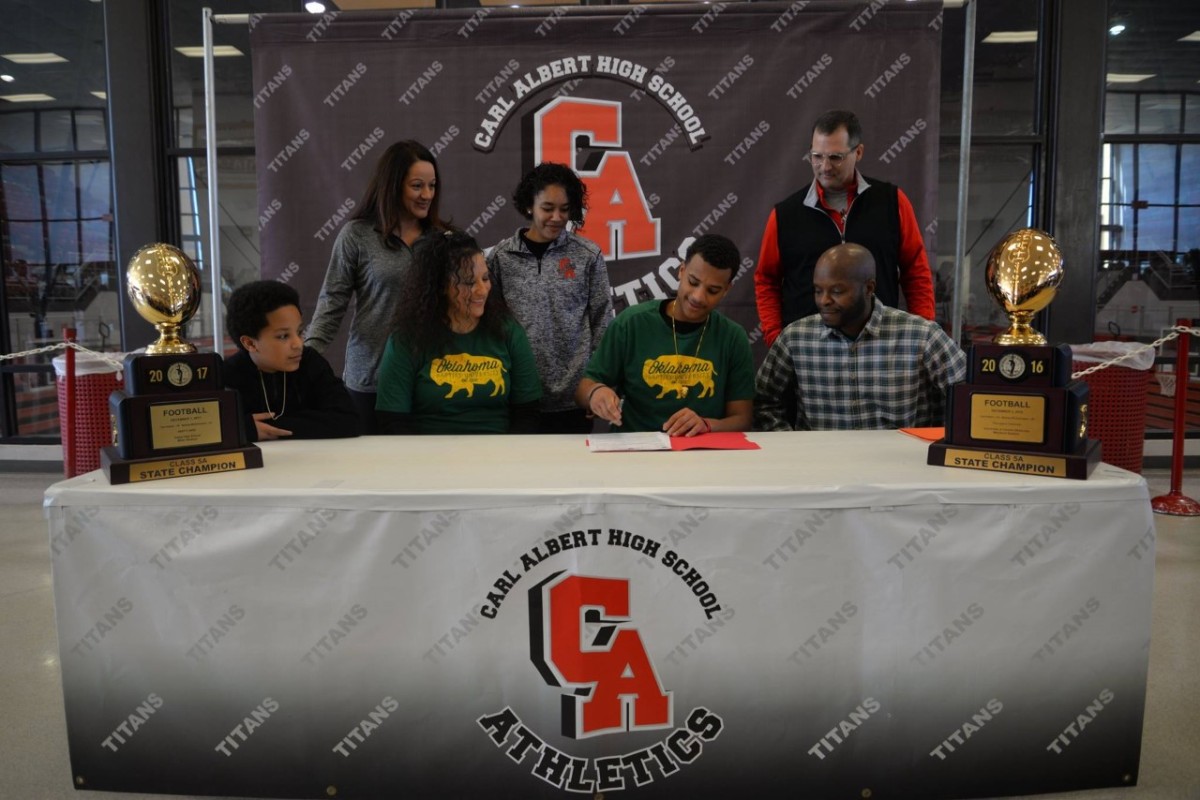 Being an athlete requires a competitive edge.

Emotions can overwhelm an athlete into saying some offensive things in a game.

While being competitive is a big part of succeeding as an athlete, Christian athletes can have a hard time balancing their image as a Christian and using that competitive edge.

“In high school, a guy called me the ‘n word’ and I retaliated,” freshman journalism major Trejan Lands said. “I said some things that looking back on might not have been the best.”

Lands is a football player at OBU. His relationship with Christ plays an important role in his personal and athletic life.

Playing for a Christian school sets a different expectation on athletes. Everyone watching them knows what kind of attitude to expect.

“Un-Christlike behavior got you a spot on the bench,” Will Hodges said.

“[Maintaining the Christian Image] is the hardest part, but it’s also the number one goal,” Hodges said.

Showing signs off un-Christlike behavior could earn a player more than a spot on the bench.

Players can receive reputations based on what they do on the field that reflects who they are off of the field.

“Last game of the season against SNU, I pushed a guy, but it looked like I punched him,” Lands said. “I got backlash from the guys on the radio and my coaches. It really takes a toll on how I have to act on and off the field because I might get backlash off the field as well.”

While trying to maintain the image of Christ may take away a level of competitiveness from some, a relationship with Christ could be what it takes to perform at the next level.

“For me personally, a relationship with Christ makes me more competitive,” Hodges said. “I think of 1 Corinthians 10:31 ‘So, whether you eat or drink, or whatever you do, do all things to the Glory of God.’ If I’m not playing hard, I don’t feel as if I’m glorifying God. God gave me the gifts to play sports and if I’m not using them, I’m not bringing honor to His name.”

The athletic culture is not always seen as Christian. The attitude shown by some athletes and the music associated with the culture are not often represented in the Christian community.

“People think just because you’re an athlete, you can’t be a Christian,” Lands said. “I can listen to hip-hop but I still go to church and pray every night.”

Some athletes use the non-Christian culture as an opportunity to witness.

“I think that being a Christian athlete is an excellent opportunity to be a witness for Christ,” former Arkansas All-Conference Team basketball player Noah Hill said. “You have the opportunity to build deep relationships with teammates. There is nothing like going through tough practices, hard workouts and long seasons to bring out a deep bond with teammates.”

Competitiveness is not the only component which makes athletes lash out at referees and opponents. Factor in the one thing every person struggles with, sin, and the same results appear.