Black History Month: What it is & how to celebrate

February — a month set aside to celebrate Black achievements.

Black History Month is the annual celebration of the many achievements from African Americans. 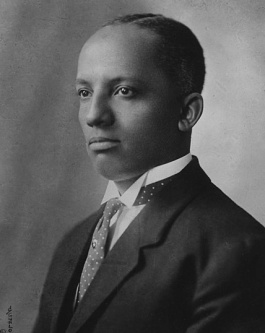 Carter G. Woodson: The founder of what is now Black History Month.

It was launched in Feb. 1926 to also celebrate the birth of Abraham Lincoln whose proclamation of emancipation was the beginning of the end to slavery, and Frederick Douglass, a freedom fighter who escaped slavery who also contributed to the U.S. an- ti-slavery movement.

The Guardian defines Black His- tory Month’s vision and purpose as: “to battle a sense of historical amnesia and remind all citizens that black people were also a contributing part of the nation [… an envisioning] of a way to counter the invisibility of black people and to challenge the negative imagery and stereotypes that were often the only manner people were depicted in popular culture and in the media.”

The hope was that emphasizing the stories and achievements of Black individuals during the month could change the perspective to focus on positive aspects of African American life that was not commonly visible.

Lonnie Bunch, Secretary of the Smithsonian Institution asks the question, if Black History Month actually matters or if it has become a meaning- less gesture that is on routine, in his article for The Guardian. 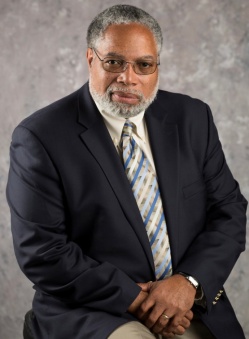 “Black History Month should still matter,” he said, “It is still the useful tool in the struggle for racial fairness that Woodson envisioned over 90 years ago. After all, no one can deny the power of inspiration as a force for change.”

Bunch does not want the event of Black History Month to simply become a habit for Americans but some- thing that people will pay attention to.

“It is important for the month to avoid romanticizing a history that is already ripe with heroines and achievers… rather than simply celebrate inventors,” he said.

“The month should explore the defeats as well as the disappointments, using history to educate future generations that change does not come without struggle and sacrifice.”

Since 1976, every American President has recognized Feb. as Black History Month and each year have given a theme to the month.

This year at Oklahoma Baptist University, there are opportunities for students to get involved with Black History through the many events happening on campus.

Feb. 24 in the Mabee Suite there will be a Poetry/Jazz Night. Attend to be a part of a semiformal event to honor jazz music and famous African American poets in history.

Take this opportunity to celebrate Black History. The founder, Andre Head will be sharing insight on “Black Wall Street and Black Towns: Economic Development in Black Communities” as the keynote speaker.

There are also opportunities to celebrate happening throughout Oklahoma.