West’s LP ‘Jesus is King,’ expression of faith or fraud? 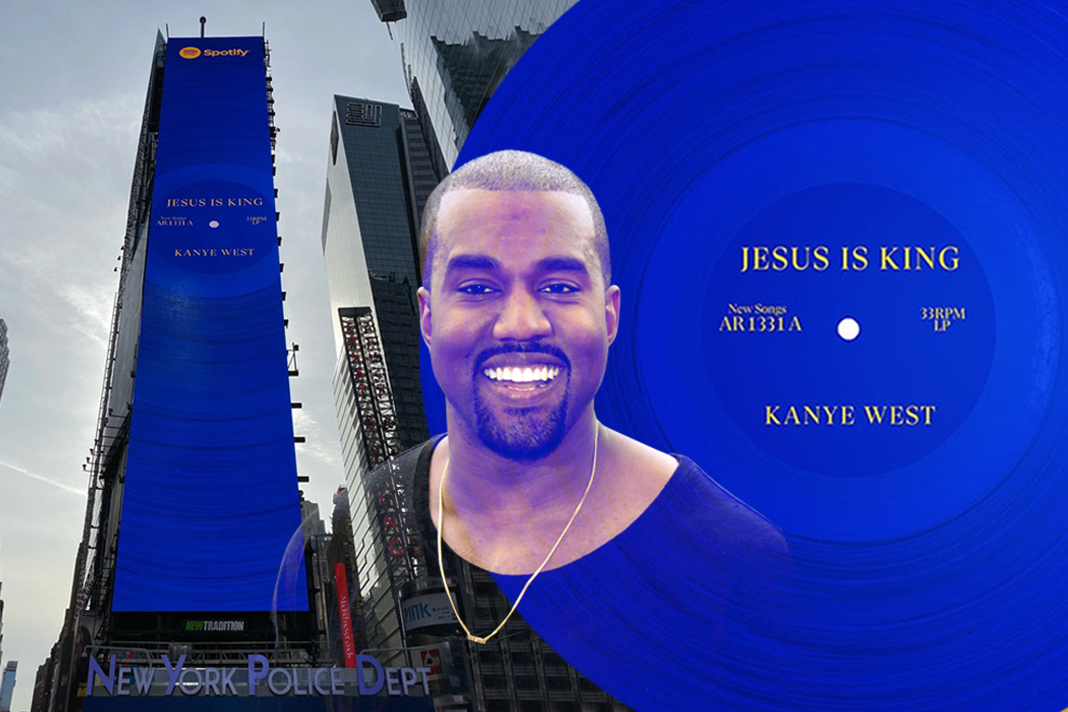 The album has attracted some attention and controversy, begging the question, “what should a Christian think about secular artists covering spiritual topics?”

First, while the gospel based album is the first of its kind for West, the religious context is not a completely new concept for the rapper.

Up to this point, West has been hosting events called Sunday Services. Kim Kardashian West, Kanye’s wife of five years, has called his gatherings a “musical minis- try” that combines tradition- al black gospel music with Christianized remixes of secular songs and sometimes include a message from a pastor.

According to the Washing- ton Post, these events began as private affairs before expanding into a kind of travel- ing worship event, and while West’s new album has gained attention for its religiousness, it would not be the first time that Christianity, Hip-Hop, and Rap have coexisted.

“At the height of the Bad Boy Records era, Mase left hip-hop to begin life as a pastor. Snoop Dogg released a gospel album,” the Washington Post reported.“Tupac Shakur declared that only God could judge him. DMX and Chance the Rapper have been vocal about their faith in Jesus. Kendrick Lamar’s two most recent albums have wrestled with issues of faith.

And there are other hip-hop artists with strong Christian bases, including Lecrae and Sho Baraka, who have been vocal about their faith throughout their careers.

West’s religious pursuit has gained so much backlash because some view this as another one of West’s infamous publicity stunts. From bizarre tweets to extreme presidential backing for a political party he had a history of condemning–to stating intentions to run for president himself, West is no stranger to controversy.

According to the Washing- ton Post, “Even others are suspicious that West turned to Christianity only when his public embrace of President Trump alienated his base audience. They suggest that he is taking advantage of the fact that the church will forgive almost anyone.”

West himself even predicted some form of backlash throughout his song “Hands On.” The song’s lyrics read: “Said I’ m [fixing to] do a Gospel album what have you been hearing from the Christians? They will be the first one to judge me.”

Fellow rapper Lecrae, whose Christian faith is implemented throughout his work, touched on the topic of West acting as a representative for religion in the rap community.

Lecrae told billboard. com that “often people can’t imagine people from the hip-hop community find- ing Christ, we see this very Americanized Western Jesus and not a Middle Eastern man who can relate to the struggles that usually affect us. So, this could be an opportunity for more people to see we love Jesus and 808’s, fashion, and contribute to culture. People could see themselves in Kanye and therefore see themselves as Christ followers.”

Despite all the controversy, one undeniable fact remains that West’s album has, as Lecrae told Billboard, “put [. . .] the spotlight on Jesus in places where we may not have had an audience.”

Google Trends has claimed to see an increase in biblically-related topic searches since the album came out, and searches for John 8:33 and John 8:36, which were explicitly mentioned on the track titled “Selah”, saw as many as seven times more searches in recent online trends.

Bible Gateway search traffic for those same verses in- creased about 10 times on the day West released “Jesus is King,” Jonathan Peterson, content manager for the Bible-reading website, told factsandtrends.net.

West seems to have ad- opted the nomenclature of a Christian artist.

When West appeared on Jimmy Kimmel’s late night show upon his album’s re- lease date, Kimmel asked the rapper “Would you consider yourself to be a Christian artist now?”

Pastor Greg Laurie of Har- vest Christian Fellowship posted a YouTube video that has been viewed nearly 500,000 times in which he commented on the controversy behind West’s new album.

In the video, Laurie responded to West’s statement and questioned why so many people were critical of West’s artistic “conversion.”

“Now some would say ‘well I don’t know…is he really a Christian’ – you know what? How about this, pray for him. Pray that he gets grounded in his faith. Pray that he sows seed on a good ground that brings much root. Listen, I applaud any person who makes any movement toward God.”

There is no way for Christians to know whether this is an expression of real faith from Kanye West or just an act of religious fraud for publicity. The good news is that we don’t need to know.

In light of this, Christians can remember that they serve a God who hears, and thus can pray that this album, and whatever results from it, will ultimately be used to further the work of God’s kingdom.