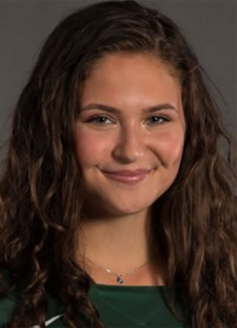 Recently a debate has been sparked in the realm of college athletics regarding whether or not student athletes should be compensated for their efforts.

Many student athletes in NCAA Division I, Division II and NAIA receive a monetary athletic scholarship in agreement to play a sport for their school.

While this number can seem as if scholarships are awarded easily and often, earning these fund take a lot of hard work and effort to ensure each athlete is playing at an appropriate skill level, especially in the Division I and Division II.

Some argue athletes should not need the motivation of a scholarship in order to play; they believe the love of the sport alone should compensate players.

Others who disagree say there are many factors in a student athletes’ lives that prove a scholarship can be necessary in their quest for an education.

“It doesn’t matter what sport they are participating in if they work as hard as a professional athlete who gets paid millions of dollars, a college athlete that is recruited should earn money for their hard work and dedication,” freshman track jumper Emani Simien said.

There are many reasons why a collegiate athlete should be compensated, but the over- arching reason that seems to pervade public thought is that the sheer amount of time and effort these athletes expend as they improve their craft.

Not only do these athletes wake up before the rest of their cohorts for practice or workouts, they also have additional practices and work- outs after classes, as well as extra-curricular team activities in which to participate.

Not only are they getting less sleep compared to their non-athletic classmates, their bodies are going through a lot of wear and tear, and they are required to maintain a specific GPA in order to continue playing athletics.

While the balance of schoolwork and athletics can be a challenging one, there is also the problem of making enough money to sustain themselves.

“Being a student athlete is like a full-time job. Almost all student athletes don’t have time to get a job and this is the only way they could get to college,” sophomore #4 women’s lacrosse defender Kayla Lee said.

Lee makes a very good point, because many nonathletic students have enough free time outside of classes to have at least a part-time job, while student athletes are barely able to manage the time they do have.

In a recent informative session, the Bison heard many reasons that both supports and oppose monetary compensation for student athletes.

Many said in addition to not having enough time to hold down a job, they also have expenses related to their sport.

Scholarships in general help with tuition (although not all of the tuition in many cases), but they cannot fund other expenses related to athletics or basic living—in short, several students believe athletes should be paid in addition to the tuition waivers.

While that idea may be alarming for non-athletes who must fund their college education without athletic scholarships or aid, it is possible increased incentives for playing could improve a sport program and therefore bring in ticket revenue and general student recruitment.

Obviously academics should be the first priority for any university, athletics play a large part in funding (as well as expenses).

Increased scholarships or monthly stipends could improve an athlete’s life but then take funding away from academic programs and co-curriculars.

As it stands, there may be no easy answer for the academic/athletic debate, but perhaps the first step in lessening that divide is simply increased perspective.

If non-athletes could understand the time, effort and money involved in improving one’s sport, they might just feel less slighted by the scholarship awards.

And the reverse is also true; perhaps student athletes could also appreciate how challenging it is to fund an education without grants or “gifted” aid.

If you would like to submit a column or editorial for print consideration, just send it to the editor-in-chief Kendra Johnson at her OBU email.