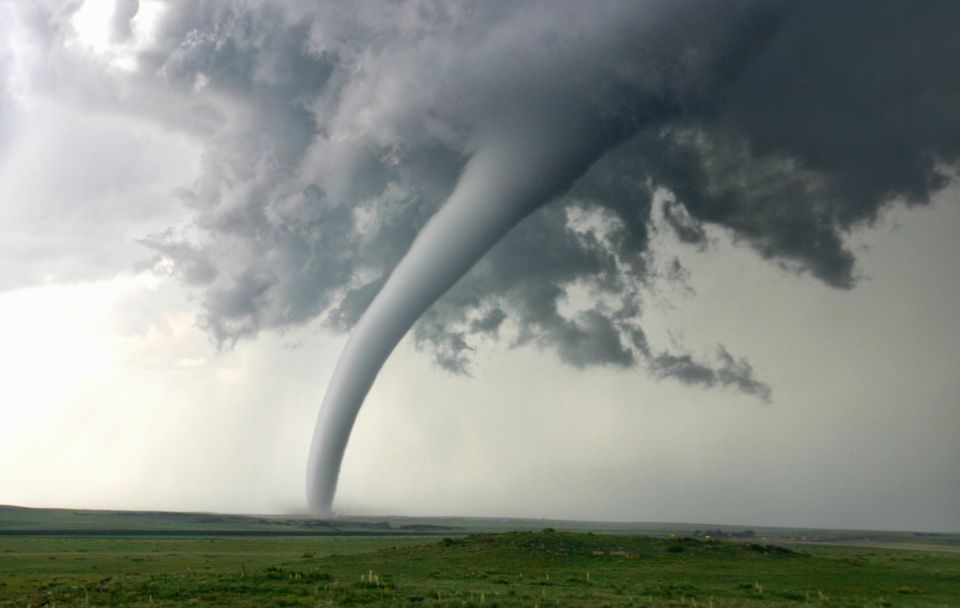 Storms are expected to continue in Oklahoma as Storm Sergio moves up from the Southwest Pacific.

Saturday and Sunday were both filled with heavy rainfall, with the potential for more storm cells moving throughout Oklahoma, according to Fox25 Storm Watch Forecast.

Even though most Oklahoma residents may find tornado watches and warnings odd for October, this may not be an isolated event as storm systems develop and travel.

For that reason, residents of Bison Hill should be aware of storm safety precautions.

In fact, every student at OBU is encouraged to read the Tornado Emergency Plan and sign up for OBU’s SMS emergency text alerts to prepare for the likelihood of such storms.

“First thing, they (students and faculty) need to sign up for emergency alerts through OBU’s rapid messaging system,” said resident director of Agee, Kyle Opskar. “University police sent out an email at the beginning of the year with the Emergency Action Protocol,” he said. “That will help them in any situation.”

If that email was not heeded, a link to the plan can be found on the Student Resident Life Handbook.

Students and employees may also sign up for the emergency alerts at that site.

“When the message goes out that we are under a tornado watch, or a tornado warning goes out [people on campus should be aware],” Opskar said. “And they [should] know that they need to get to shelter.”

The official shelters for OBU are listed on the Emergency Tornado Plan on the university website.

The site indicates specific policy for certain times of day and locales.

Each residence hall and dorm building has a designated storm shelter assigned.

For example, if a warning were to occur during business hours, the campus police department recommends students and faculty who are not in a dorm or residence to head to Shawnee Hall, Ford Hall, Thurmond Hall, Raley Chapel or the library to seek shelter.

Each one of these areas on campus must meet with national standards in order to be designated a storm shelter.

These standards are publically published by FEMA under the heading “Highlights of ICC 500 2014, ICC/NSSA Standard for the Design and Construction of Storm Shelters.”

According to the FEMA website, “ICC 500 2014″ is a reinforced standard by the international code established by the International Code Council.”

“The standard calls for certain criteria to be met, included but not limited to, occupancy and egress requirements and structural design.”

“Structural design involves flooding, pressure testing standards and where the site is located in regards to a resident door.”

More information regarding national shelter criteria can be found online.

In addition to these general parameters, OBU also has a few specific guidelines.

For example, if a warning should occur outside of business hours, community residents are instructed to go to the basement of Raley.

According to the emergency plan, “if there is a tornado warning while students are in class, and immediate cover is necessary, move immediately into the safest area in the building (lowest level of building, closet or under stairs). During severe weather you should not be near any outside windows or doors. If possible and safe to do so, faculty and staff should direct students to a building was a basement for shelter.

More information with OBU’s policy can be found at https://www.okbu.edu/documents/tornado-emergency-plan.pdf.

While the website does indicate animals which are not emergency support animals are prohibited, some students have questioned what items are allowed in the shelter.

Specifically, there are also policies in place inside the residence halls for people who require medical equipment and/or medicine.

“If it’s something like that (designated medication such as pills), I  would just tell them to bring it with them,” Opskar said.

“If they are in the building, and we think that the scenario is safe enough, we can walk to them to go to their room to go get it. I think if that (expensive medical equipment necessary for one’s health) is something they (students), I would say come talk to me or your resident director and we can work out some kind of action plan for that kind of scenario that comes up.”

The National Weather Service also encourages storm readiness; according to their website, one should have a preparedness kit which includes important documents, water, extra batteries, flashlight, shoes, etc. Just having these items ready to go can save some time in an emergency.

University Police have also encouraged students to be aware of the weather whenever they are behind the soccer fields on campus.

“There aren’t any policies for the trail behind the soccer fields and disc golf course,” said Jason Spradlin, a campus police officer.