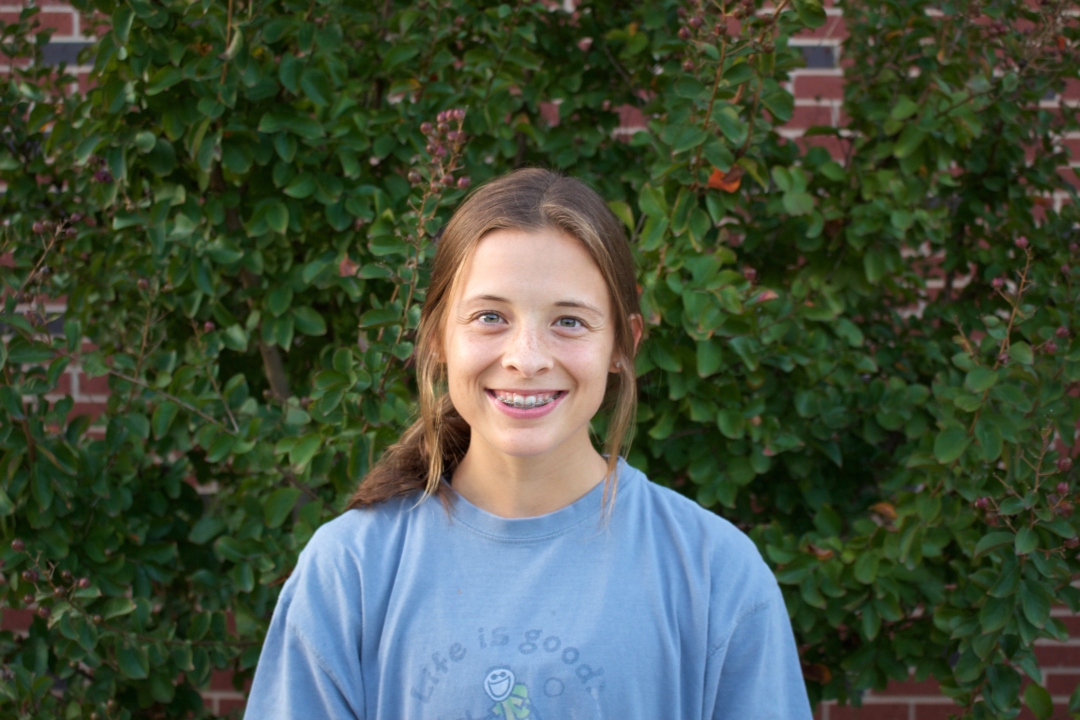 The UCO Land Run took place Sept. 1 where Lawrence ran for 18.33.7, which was an individual best.

Along with Southwestern State Oklahoma quarterback Casey Freeman, Lawrence was recognized as one of Oklahoma’s college players of the week for Aug. 27 thru Sept. 2.

This was the first race of the season for Lawrence. Despite feeling shaky about the race, Lawrence adjusted quickly.

“It was September first and I was pretty excited about getting things started again,” Lawrence said. “I knew that this being the first race it was going to feel a little rough, but it always feels good to get into the racing groove again.”

In her first meet back, she and five other runners from OBU finished in the top nine.

“It was great to finish first and contribute, but I definitely believe that I was an equal contributor with the rest of the teammates,” Lawrence said.

However, Lawrence felt as if her teammates were right by her side. She was not alone in her personal contribution to her victory.

“These girls are so dedicated and get the job done and that is the difference maker between winning and losing,” Lawrence said.

Lawrence is a senior from Stilwell, Okla. and has only continued to receive more recognition during her tenure on Bison Hill.

Last year as a junior, she was recognized as an NCAA All-American, All-Region, First-Team All-GAC, a GAC Scholar-Athlete and GAC Runner of the Week in September.

“It’s really cool to have opportunities like this point to Christ as my help and source of strength,” Lawrence said.

Like many other athletes, Lawrence has been through battles of effort and hardships through running.

“The accolades are great, but they didn’t come without work and hard times,” Lawrence said. “I’m so thankful for the platform he has given to me to glorify his name.”

Many have heard the saying, “saving the best for last.” Lawrence said she has confidence in herself and her teammates to make that same outcome possible.

“I think we are about to see the best season yet,” Lawrence said.

The squad is currently led by coach Ford Mastin. For Mastin, this is his 23 years serving as head coach for OBU. Since Mastin took charge, there have been over four hundred All-American awards. He has turned OBU into a historic program. Mastin has coached numerous legendary athletes during his tenure as the head coach of OBU.

Lawrence says that the best of her and her teammates is yet to come. The early boost of this season will drive her to accomplish more.

“I think we are about to see the best season yet,” Lawrence said. “I am so impressed and encouraged by these girls every day and their desire to be the best.”

Just recently, Lawrence appeared in Joplin, Missouri for the Missouri Southern Stampede and did not miss a single beat from her previous accomplishment.

Lawrence finished first for OBU with a time of 17:59.2 in an ugly meet with plenty of heat. Overall, the team finished first in terms of Division II opponents and only lost to two Division I teams. With this result, the team has proved that they can run well in poor weather conditions and look to have a bright future with the season moving forward.

Lawrence and the team will make an appearance in Fayetteville, Arkansas for the Chili Pepper Festival Sept. 22.