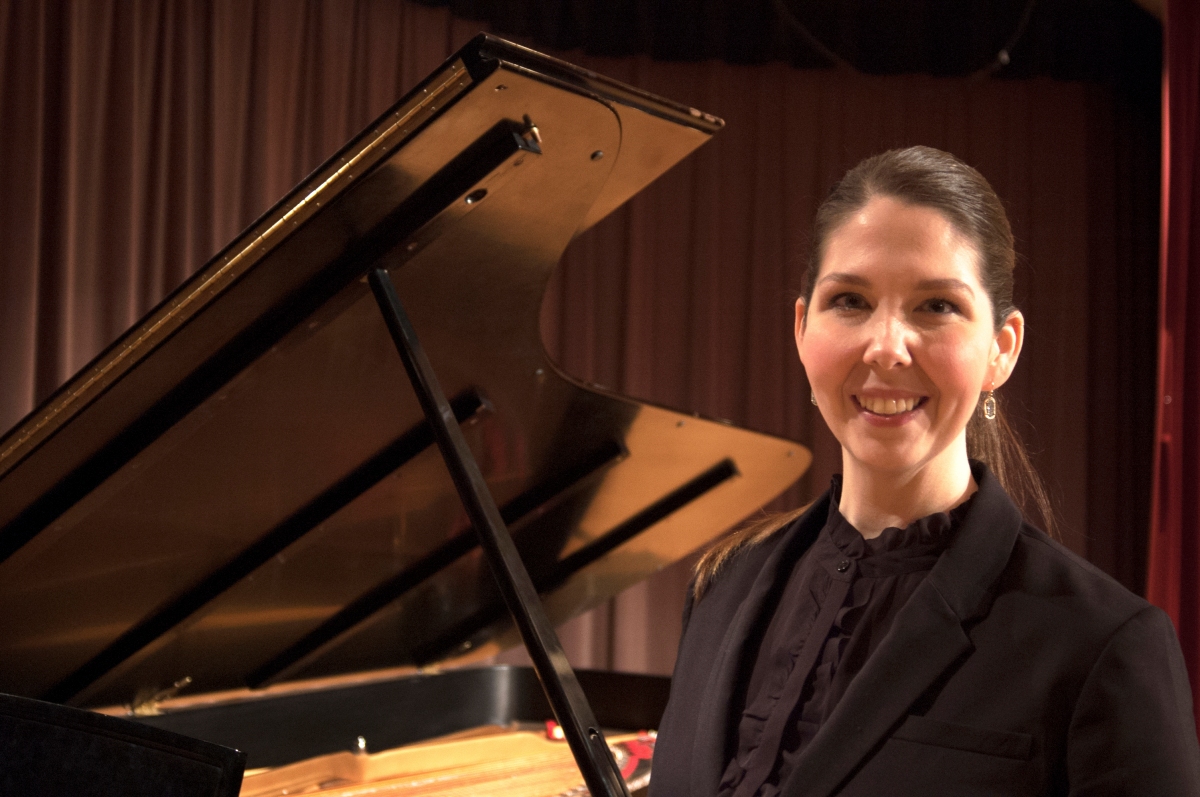 Dr. Rebecca Ballinger assistant professor of voice and preparatory instructor will perform a faculty recital Feb. 23, in Raley Chapel’s Yarborough Auditorium at 7:30 p.m.The recital stands out as one of the last opportunities for the Oklahoma Baptist Unversity community to hear Ballinger perform, as she will be leaving OBU this summer, because she is getting married and will be joining her fiancé in Kansas City.

“I am very excited for this new part of my life journey, but very sad that the Lord has called me away from OBU,” Ballinger said.

Ballinger has been an assistant professor at OBU for two years. She spoke of the recital as a way to express her gratitude to the OBU community and a way that being at OBU has helped her to use her gifts to serve God.

“The best part of any performance is singing the Glory of the Lord,” she said. “In my profession, I get to proclaim the Lord through song no matter what the lyrics might be, and that is a truly spectacular gift. It is also rewarding to work with the amazing people I do and to give a musical gift back to my students who work so hard and to the OBU/Shawnee community who are so supportive of the arts.”

One of the unique challenges of this recital is that it will feature musicians from outside of Oklahoma.

“This recital holds a special challenge in that at least two members of the ensemble live out of state and we will not get to rehearse the second half of the recital until the day of,” Ballinger said. “My collaborators, however, are brilliant musicians so it will be splendid.”

OBU audiences may be familiar with the work of at least one of these collaborators, Carlos Feller, who has previously taught as an adjunct professor at OBU.

“In the second half, I will be performing a chamber work which is voice and other instruments instead of with just piano,” she said. “That work is called ‘I Remember’ which is by the Jewish composer Michael Cohen. All of the text is from ‘The Diary of Anne Frank’ and progresses from the beginning of her journal to the end. For that work, I will be joined by Carlos Feller on the flute, Thresa Swadley on the cello, and Jenny Miller on the harp.”

A few of the choices may be unexpected.

“There are some instrumental surprises in the first half, too—but I am going to keep those surprises,” Ballinger said.

Ballinger organized the recital herself, and hard a large amount of creative freedom to shape the performance the way she wished.“I knew that I wanted to give a recital this year that I had the ability to program myself,” she said. “In the past two years I have performed in many other OBU concerts and in recitals with other colleagues, but I didn’t really have the opportunity to plan the entire thing. When you are the artistic director of your recital, you can plan to make a strong artistic statement, like we will be doing on the 23rd.”

Rather than gathering the musical selections around an era or a language, Ballinger chose to focus her performance around a theme.“All of these selections embody the idea of sehn-sucht—the German term for intense longing or wistfulness,” Ballinger said. “As we all know, there are many different things to long for and expressions of that longing. These songs speak to noble longings, like love or happiness, and less-noble ones like fame or wealth.”

This theme of longing unifies the different pieces while still allowing the audience to hear a large variety of music in one performance.

“This is a really eclectic recital!” Ballinger said. “All of my selections were chosen to fit my theme, so they are vastly different in style, genre, and even language. I’ve got several “classical” selections in English, German, and French, as well as some musical theater songs for the fi rst half of the concert.”

“It is special to be able to perform this music with Professor Ballinger as she prepares to leave us at the end of this semester,” Lilite said.

“It is a highly collaborative faculty recital and the music is truly varied — everyone should easily find at least one thing that appeals to specific tastes and preferences,” Lilite said.

The performance will be in the basement of Raley Chapel and is free and open to the public.