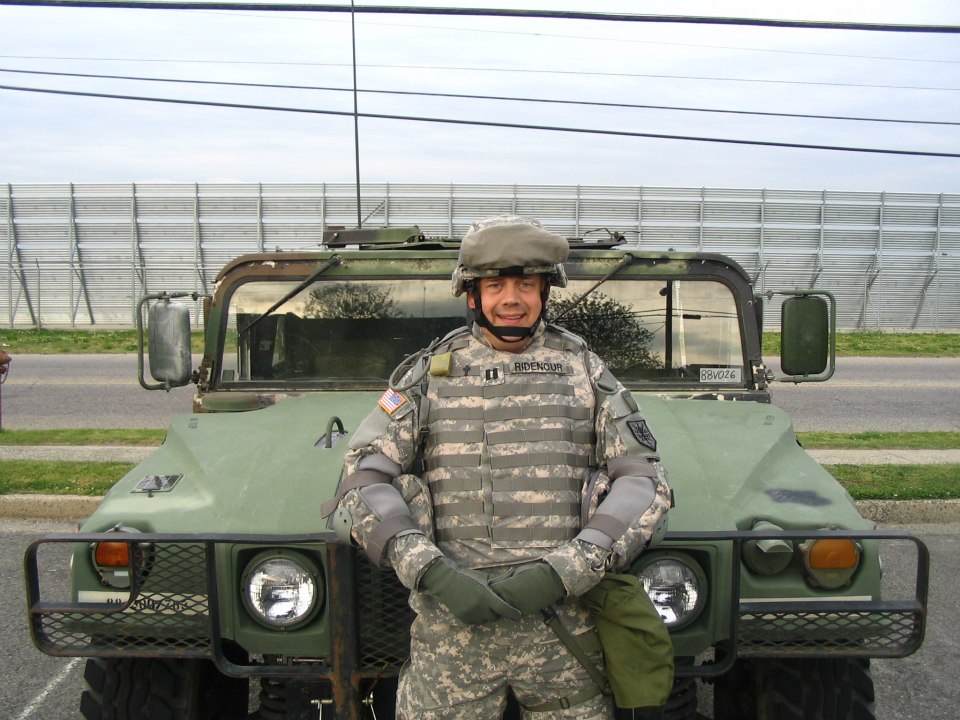 November is known for the Thanksgiving holiday, but many people overlook the second holiday found in November, Veterans Day. This day is just as special as Thanksgiving. It is a time where we get to thank and support those who served, died and are still serving our country. Because of these brave men and women, we have freedom.

OBU has many veterans, one in particular is Dr. Randy Ridenour. He served as Chaplain (Major) in the United States Army.

“I served in the United States Army, a combination of active duty and reserve for 34 years. I was stationed in Georgia, Germany, Texas, Oklahoma, Iraq, and Afghanistan,” Ridenour said.

As people serve in the Military, they sacrifice a lot more than just their lives.

“Leaving home was never easy — I was gone for three years in one ten-year period”, Ridenour said. “I was always concerned about missing important things in my daughter’s life, and leaving my wife with the responsibility and burden of being a single parent. My daughter was engaged when I received orders for Afghanistan. The possibility of me not being there for the wedding was devastating for her (fortunately, I was able to come for the wedding).”

While being surrounded by things that could be scary or harmful, Ridenour was taught multiple important lesson.

“My time in the military gave me an anxiety about punctuality, an aversion to standing in lines, and the knowledge that no matter how bad things seem to be, they could always be worse. More importantly, I learned from experience the deep truth of John 15:13, “No one has greater love than this, to lay down one’s life for one’s friends.”

Every situation has its hardships and good times. Sometimes it just depends on which one you focus more on.

“The primary hardships of deployment were being away from family, and losing friends who died in combat. The most difficult task that I had to do was to be there for ministry when a family was notified of a soldier’s death,” Ridenour said. “[Also], I learned that there are wonderful people in every culture. I developed friendships with people that I know I could count on for anything at any time. I learned that God can not only sustain us, but grant us the strength to do things that we never dared dream that we could do.”

Serving in the military comes with things that can’t always be controlled or expected; however, Ridenour still finds a way to look for Christ in the moment.

“It’s difficult to think of Christ being in control when an IED has just exploded, when the base is being bombarded with a rocket attack, or when a soldier has died. I preferred to think, not so much as God being in control, but that even these times could be redeemed by the grace and love of God,” Ridenour said.

Scripture can have an effect and bring encouragement to a time of need.

“There were many times when I doubted that I would be able to do what had to be done. During those times, I would meditate on Isaiah 41:8-10, a promise that God will strengthen and uphold his people,” Ridenour said.

Just as the season of summer changes to fall and fall changes to winter, there are new seasons of life for the Professor as he has officially been out of the military for five months now.

“My goal, as a professor at OBU, is to get students to develop the ability to think hard about some very difficult subjects. The world is facing some incredibly difficult problems now, and I believe our future well-being will require a generation of Christians who are willing to face those difficult problems and develop creative solutions to them,” Ridenour said.

As transitions can sometimes be a little hard, the saying “Army strong” was never an understatement.

“In my case, there were several transitions. I would take a year off from OBU for a deployment, come back for a few years, then deploy again… It was always a little difficult to just step back into normal life after I returned,” Ridenour said.

As Ridenour has a special opportunity this Veterans Day to preach during chapel at a school in Louisiana, he also shares he’s heart on how Veterans Day has an impact on him.

“I do appreciate people taking notice of veterans on the Veterans Day holiday. Honestly, though, I sometimes see it as a token day on which people can pay lip-service to veterans. Instead, I would prefer that people would financially support organizations that attempt to reduce homelessness and unemployment among veterans,” Ridenour said. “Military family members don’t get their own holiday, but in many ways, the children, spouses, and parents of members of the military are the ones making sacrifices that are rarely noticed. This year for Veterans Day, make a special effort to reach out, not just to veteran, but to that veteran’s family, and acknowledge the burden that they have had to bear.”