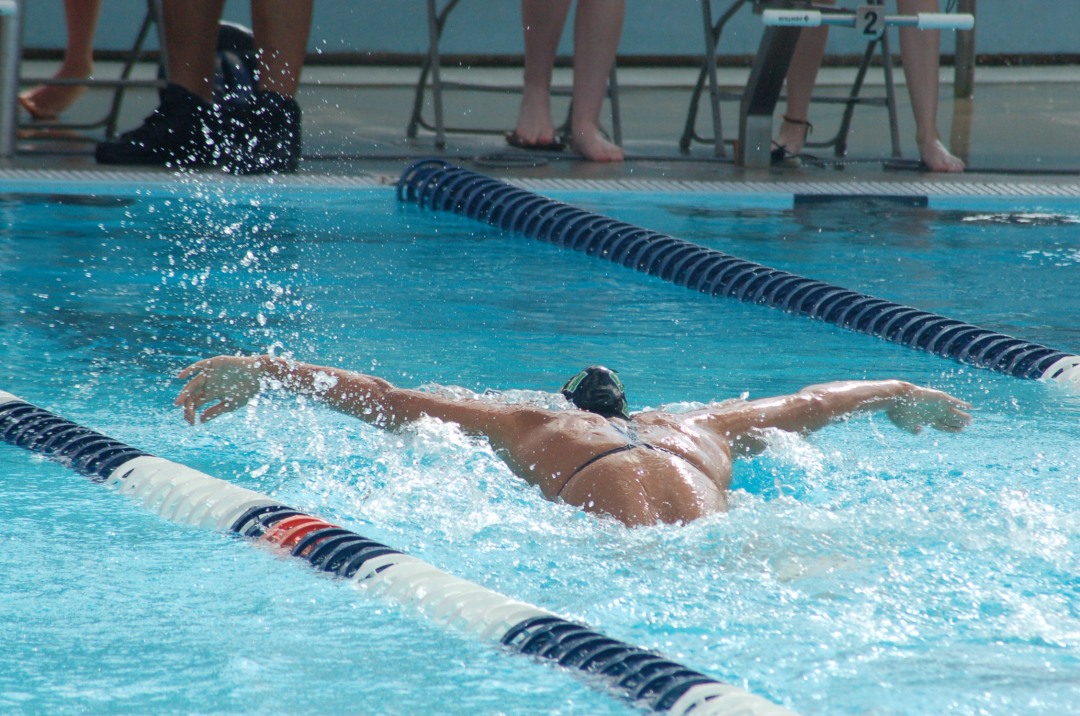 Friday, Sept. 22, the Oklahoma Baptist University Swimming and Diving teams hosted the Shawnee Invitational at the Shawnee Splash Water Park to kick off the season. Coming off of a strong 2017 campaign, the Bison and Lady Bison are looking to really build off of their success from last season.

“The team’s expectations are to win each meet we compete in,” junior Genesis Veliz said. “Both teams are going to work very hard, and we know with God’s help we can achieve our goal.”

The Bison and Lady Bison swimmers posted very solid performances at the Shawnee Invitational to kick off the season. Senior David Lamber, sophomore Victoria Fonville, senior Fernando Morillas, and senior JP Goyetche all swam very fast in their first events of the year, earning first place for their team.

“It was a good first meet,” senior Fernando Morillas said. “Our team spirit is really strong, and I think that helped everyone perform better.”

Also, the Bison and Lady Bison divers got their first opportunity to compete this season on Friday. The OBU divers earned high scores as well thanks to solid performances from Veliz and sophomore Otto Lehtonen.

The Shawnee Invitational was the only home meet of the year for the swimming and diving teams; however, that won’t alter the teams plans for a successful season.

“We are training very hard,” Morillas said. “We are competing to earn a spot in the national tournament.”

After a positive first outing for the OBU Swimming and Diving teams, they now turn their sights towards the North Texas Relays on Friday, Sept. 29.