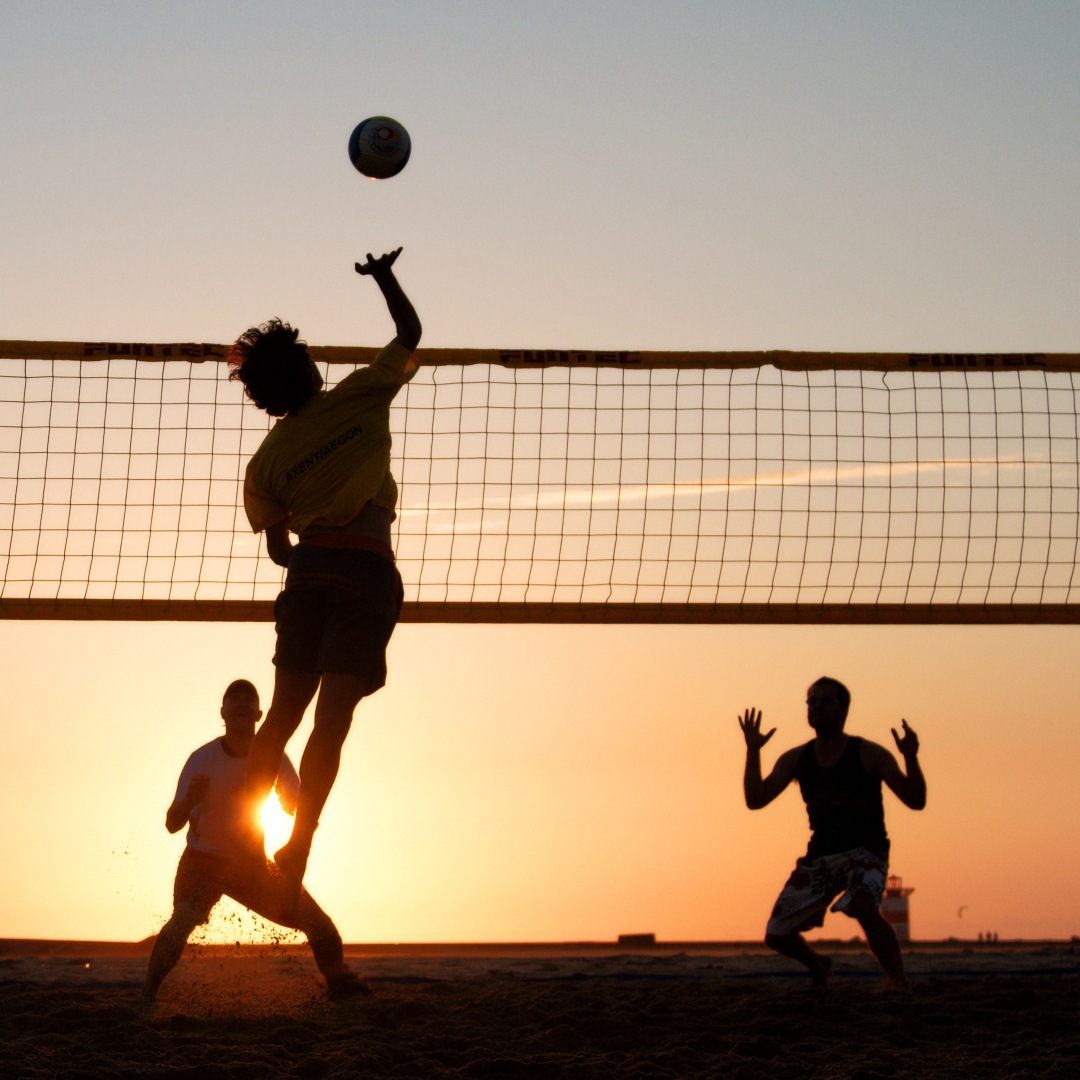 The Battle begins Monday May 1 and will consist of various competitions to determine the “Class Champions.” 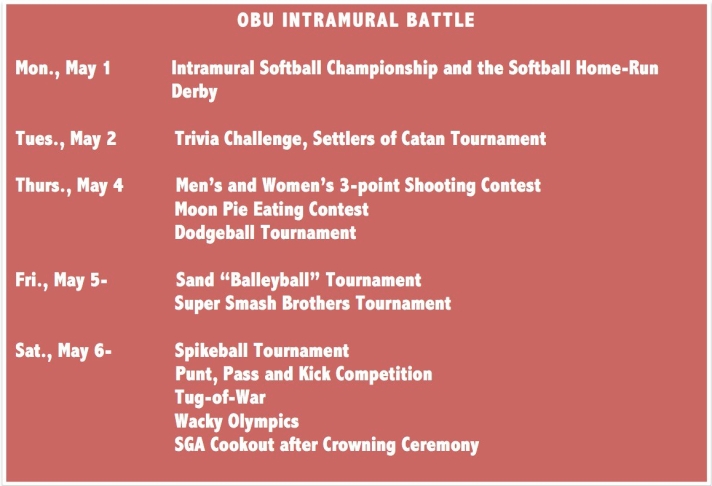 The competitors with the most event wins will receive a first place medal and will begin with the intramural softball championship and the Softball Home-run Derby.

A men’s and women’s division are included in the tournament.

That Tuesday, the intramural competition is geared toward board game gurus and will include Trivia Challenge and the Settlers of Catan tournament. This is a co-ed competition.

For basketball players, a Men’s and Women’s three-point shooting contest will take place Thursday in the RAWC.

This week-long battle also involves a little something for the foodies.

After the Moon Pie Contest the dodgeball tournament follows. The dodgeball teams must consist of six people and at least one female.

Friday has a new event; the Sand Balleyball Tournament makes its debut. All of the regular volleyball rules apply; the only difference is that instead of using your hands to hit the ball, you use a giant workout ball.

A Super Smash Brother’s tournament is scheduled for Friday, so gamers should take note.

Saturday is the busiest day of the Battle, with a Spikeball tournament, a Punt, Pass and Kick competition, Tug-of-War and one “mystery event” called the Wacky Olympics.

That evening the Class Champions will be crowned, and following that the SGA will host a cookout.