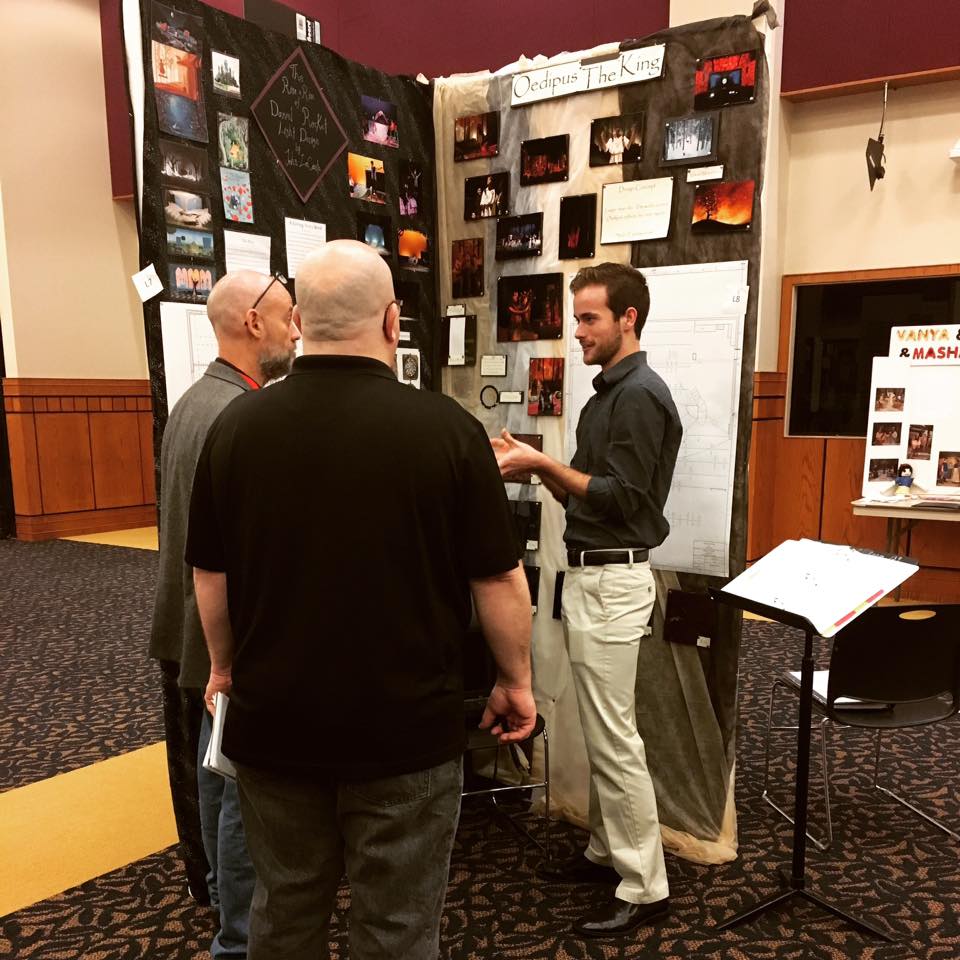 In the theatre world, all is well that ends well. The OBU theatre program recently tested that sentiment as they traveled out of state for competition.

Theatre professors David Kenworthy and Matthew Caron led a group of 15 OBU students to the festival which was hosted at Angelo State University in San Angelo, TX, March 1-4, 2017.

A total of 145 student actors competed for the chance to represent their school and Region Six at the national festival in April.

Although OBU students did not advance to the next round this year, they performed well and represented OBU beautifully, Caron said.

He also said that he was quite proud of all participating students.

In addition to the acting competition, OBU made an impact in other festival areas.

Senior theatre major Conner Gilbert participated in the Design/Technology/Management competition with his lighting designs from “Oedipus the King” and “You Can’t Take It With You.”

She was assisted by students Gilbert and senior theatre major Nina Longhofer.

Finally, two OBU students received awards. Martin received a commendation for his contribution to the Festival Developed Devised Performance and Sage was recognized as a finalist in the Musical Theatre Initiative Dance competition.

She was also one of only 15 student dancers selected to perform at the awards ceremony.