“Every team is going to experience injuries through the course of the season,” head coach Chris Jensen said. “The teams that have players who can step in and still be competitive are the ones that will be able to sustain success.” 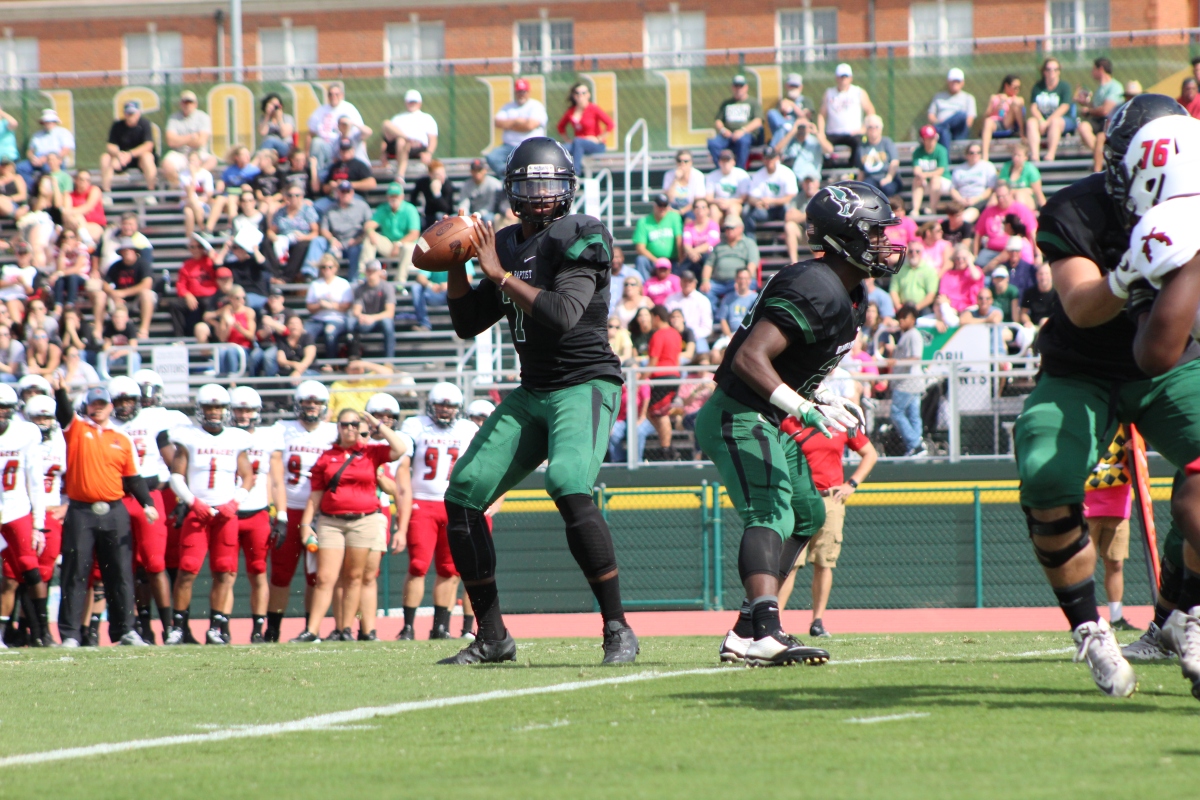 “Every team is going to experience injuries through the course of the season,” head coach Chris Jensen said. “The teams that have players who can step in and still be competitive are the ones that will be able to sustain success.”

The Bison proudly competed and listed wins over Great American Conference opponents such as East Central and Arkansas Tech.

“I worked in the off season to better my passing game,” Stegall said.  “My offensive line gave me time and my receivers made plays, the personal achievements are not what I strive for but they are a reflection of a team effort.”

“My coaches have helped me with my vision in reading the holes, footwork, and the second effort when breaking through tackles,” Mallory said.

“I also became patient in reading the blocks. However, the key to get more yards is passing the first level and then ‘making the next guy miss.’”

Senior offensive tackle Zach Clark was named All-State Good Works Team thanks to his outstanding work on and off the field.

“The award is highly regarded as one of the most prestigious service based recognitions in college football through all divisions,” Clark said.  “The importance of community service has become second nature in our program to help others when needed.”

The list of singular achievements were filled by Linebacker Levi Jennings who established a school record for assisted tackles (52) and led the Bison with 96 tackles throughout the campaign.

Finally, Josh Pettijohn, who led the team with 43 receptions, six touchdowns catches and 594 yards, set a school record by catching a 73-yard scoring pass from Stegall.

Mallory was named First- Team All- Great American Conference while Clark was First Team All- NCCAA.

Even though the total number of wins was less than the football team expected, the Bison awaits next season with optimism.

“I want to build a program that is a consistent winner at the highest level, and do it with class and integrity,” Jensen said.