Kervy Robles, editor -Who could imagine that a child born in Ringling, a small town in southern Oklahoma, would impact the world in such a significant way. 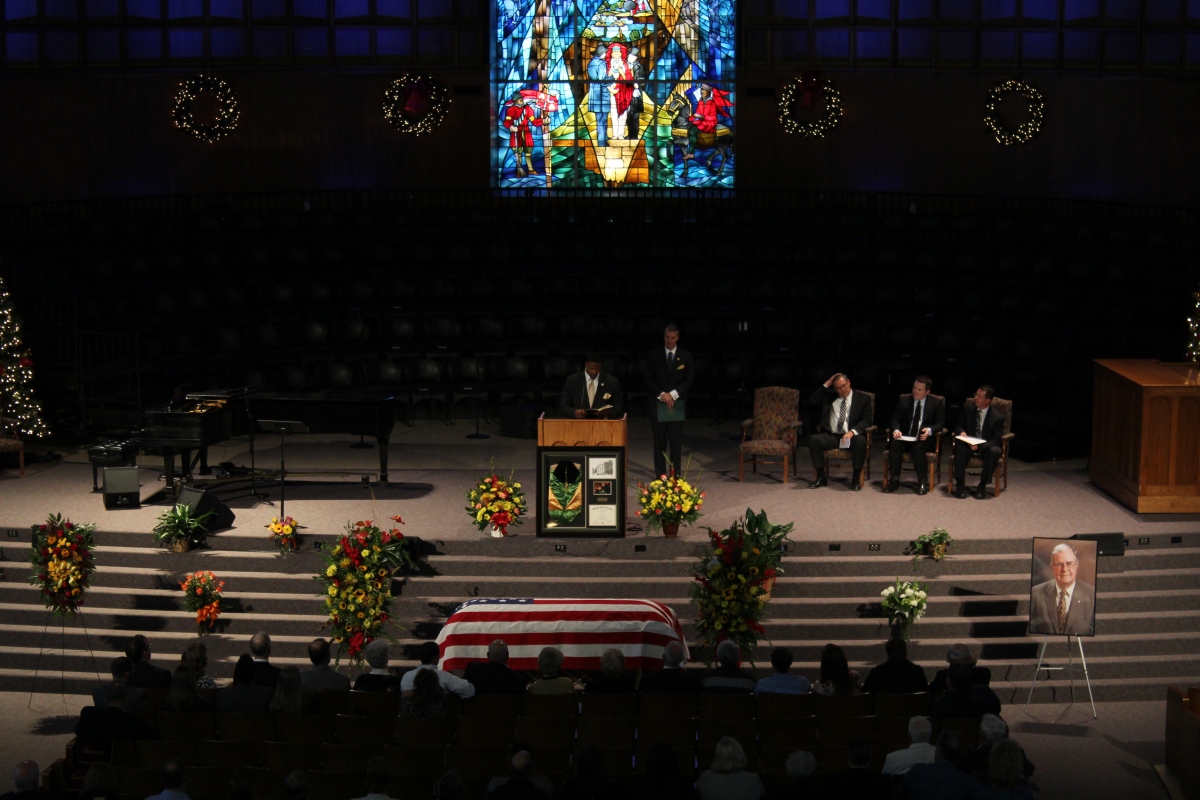 One of the most influential men in the Shawnee community passed away the night of Nov. 26, 2016.

Paul Milburn, age 85, died at a local hospital surrounded by his loving wife Ann and family.

Who could imagine that a child born in Ringling, a small town in southern Oklahoma, would impact the world in such a significant way.

After graduating with a business degree at Northeastern Oklahoma A&M College along with a master’s license in school administration from Oklahoma State University, Milburn served 21 years in the Air Force.

Since he was stationed in Tokyo, Japan, Milburn’s life had a radical change.
With the opportunity of traveling and engaging with other cultures,
Milburn witnessed the reality of the world.

By 1962, Milburn started to build an extraordinary legacy.

The journey commenced in Shawnee, where he developed and financed acreages that would later become an his successful business (Paul Milburn Acreages).

It was just the beginning of his business, and already his main pre-occupation was people in need. He looked for solutions and direct involvement in the community.

In fact, he supported organizations such as Shawnee Lions Club, Oklahoma Methodist Foundation, St. Paul’s Methodist Church and Big Brothers and Big Sisters of Shawnee, just to mention a few of them.

The Dropout Program in Shawnee was established to prevent students of quitting school activities; he also implemented a tutoring program at OSU offering services in different subjects of study.

“I wanted to help students to become more successful at school, to get good grades through tutoring programs and prevent them from dropping out,” Milburn said in an interview with The Bison a year ago.

He was also involved with Oklahoma Baptist University, creating the Student Success Center.

“It is a great feeling to be able to come to the Milburn Center and find people willing to help,” Hayley Graft, Spanish and cross-cultural ministry student from OBU said. “The tutors have been in your shoes and know what you are going through.”

His work was not done yet. Milburn kept expanding his contribution in another areas.

He was a supporter of the Children’s Hospital Foundation where he established three Endowed Chairs for kids: one in surgery, one in kidney disease and one in diabetes.

Milburn made sure every child with medical needs could have the care of the finest doctors in the nation.

In one of his visits to Africa, Milburn realized the extreme conditions in which the poor communities live.

“We [Anna and Paul] tried to give them the proper resources and hopefully impede terrible situations,” Milburn said in The Bison interview.

The successful project had a huge influence, and many of the inhabitants in Africa saw clean water for the very first time.

Numerous teenagers from Africa came to the U.S. to pursue an academic degree, thanks to generous scholarships provided by Milburn.

“My husband has been very active serving others,” Ann Milburn said in an interview with The Bison a year ago. “We are happy to help through our blessings. We look forward to be involved with people in need.”

Among his contributions are the notable project of the Pottawatomie County Museum at the Santa Fe Depot, the after-school program for The Salvation Army Boys and Girls Club and donations to the Shawnee Police Foundation.

His remarkable work in Oklahoma and Africa brought him recognition nationally.
He received the Shawnee Educational Foundation’s Max Brattin Award for Excellence, Miracle Makers Dinner Award by the Children’s Hospital Foundation, Big Brothers Big sister Champion of the Year award and OBU attributed him with an honorary doctorate.

Paul M. Milburn will be remembered as a man of God whose call on Earth was to serve others.

To Milburn: a man who has left the world a better place.