Emma Patton, Editor in Chief -As opera rang out from Raley Chapel’s stage Saturday evening, latecomers struggled to find seats for the 79th annual Hanging of the Green concert. 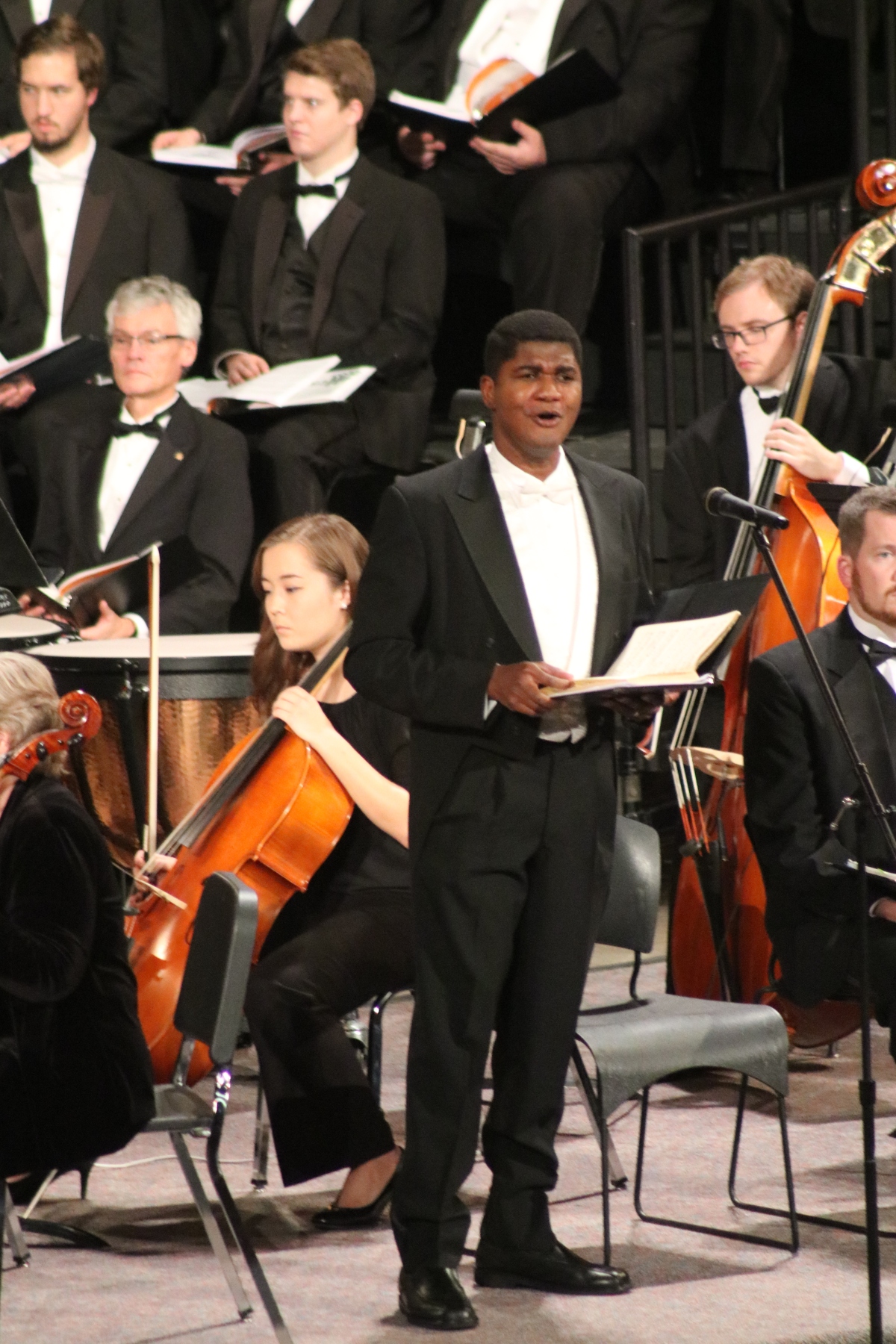 As opera rang out from Raley Chapel’s stage Saturday evening, latecomers struggled to find seats for the 79th annual Hanging of the Green concert.

“[To hear ‘Messiah’ performed] is one of the reasons we came,” said Lara Mashek, a physician at St. Anthony’s hospital and OBU grad. “It was fantastic… it was great to see a local performance of it.”

Each pair of students mounted a Christmas wreath onto the wall of Raley Chapel, adorning the auditorium with its final touches of holiday decor.

“It was surprising [to be nominated] but it was very humbling,” said Quentesa Garraway, a psychology: pre-counseling major honored at “Hanging of the Green.”

Kenna Stanton, a senior family and community service major who was honored, said she’s been to Hanging of the Green every year during her time at OBU.

“This year’s Hanging of the Green is my favorite one to date,” Stanton said. “The Messiah is such a beautiful piece that holds an even more beautiful story, and I was just happy to be a part of sharing it with others.”

However, Stanton said there is one part of this year’s event she did not like.

“It was a little bittersweet performing as a senior… knowing that it would be my last,” Stanton said.

After the greenery had been hung, “Messiah” began. Several OBU faculty members performed, in addition to the hundreds of students involved.

Notably, Dr. Brent Ballweg, director of the University Chorale, conducted the choir and orchestra. Dr. Louima Lilite, an associate professor of music and tenor, sang the first solo of the night.

“He looks so pleasant,” one audience member said of Lilite. “He just smiles with his whole self.”

The oratorio ended with the famous Hallelujah chorus. Some audience members could even be seen standing with their eyes closed in worship.

“My favorite piece is the Hallelujah chorus. It signifies the end, but also a beginning,”said Hunter Zuel, a senior digital media arts major and member of the Bison Glee Club. “Plus, I like belting, ‘King of Kings’ at fortissimo-level volume.