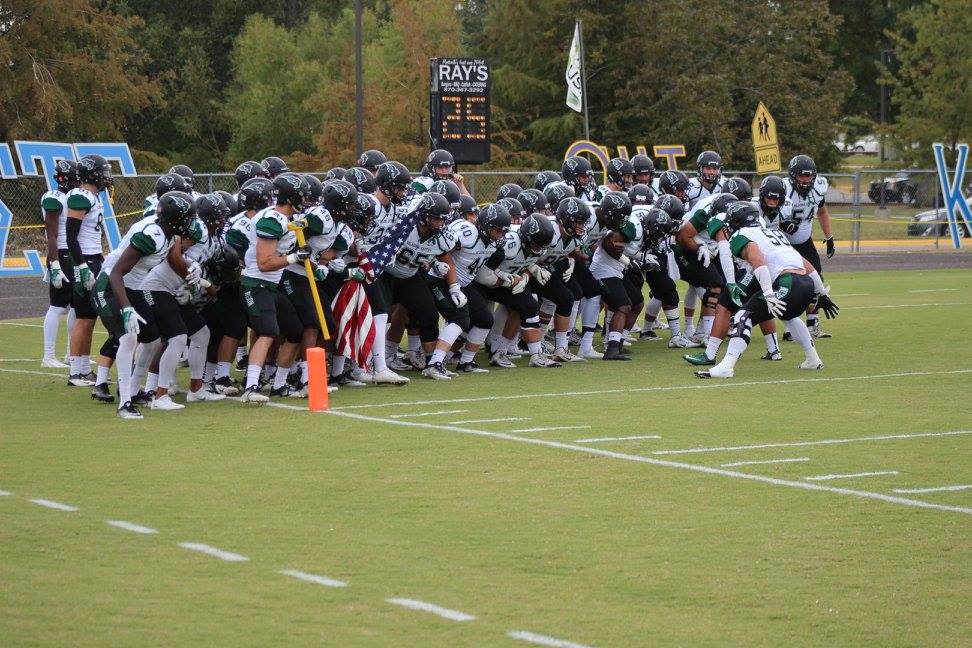 This is another year in which the Bison football as the team finishes the season at the bottom of the conference with a two-and-nine record.

The program has a posted a record of 15-28 and two ties in the five-year tenure, and the team has made improvements each year in the rebuilding process.

Five years ago, when the program began, they had fewer resources or practice facilities.

That first year the Bison would practice at 5:00 a.m. in the cold and freezing weather, and there were no light sources, so the coaches brought out generators and light posts to provide illumination.

Team members and leaders say those experiences were important.

“Those hard times make [everything] worth it,” coach Paul Smith said.

The team would work out in the RAWC or in the basketball weight room for several months before getting their own weight room.

The team’s weight room was home to an old maintenance building before being transformed into the Bison field house.

“That was the first step in the process to making a great program,” coach Jason Melot said.

The next step was getting the equipment in so the team could have the first padded practice.

Despite the team not having any opponents the first year, players were still excited to get into pads.

“It was a great feeling be-cause I could finally hit somebody instead of two hand touch,” senior Dillion Burley said.

The Bison would then practice for a year to prepare for the first football game at OBU in 72 years.

The Bison started the 2013 football season with a 22-26 loss to Southwestern College.

“It was great to finally play against another team, but I wish we could have won the game,” Burley said.

The first season ended with a three-and-eight record.

The team believed the performance would improve, however.

“The first year of NAIA was rough for us, but next year were going to be a lot better,” Melot said.

He was true to his word as the team improved to an eight-and-three record as they transitioned from NAIA to Division II.

The jump in divisions has been a difficult task for the football program.

The team has only been able to notch four wins in the first two seasons in D-II completion.

“These teams are better, but we still competed with them. At the end of the day it’s still football,” defensive lineman Ed Morgan said.

The team then looked forward to improving in the upcoming season and ending the transitional probation period.

Now that probation period is over and the program looks to improve on their success and continue to build.

The future looks bright for the program.

“Our program is headed in the right direction; I believe that OBU will be put on the national stage,” Melot Said.