Students could save big because of some federal aid changes. 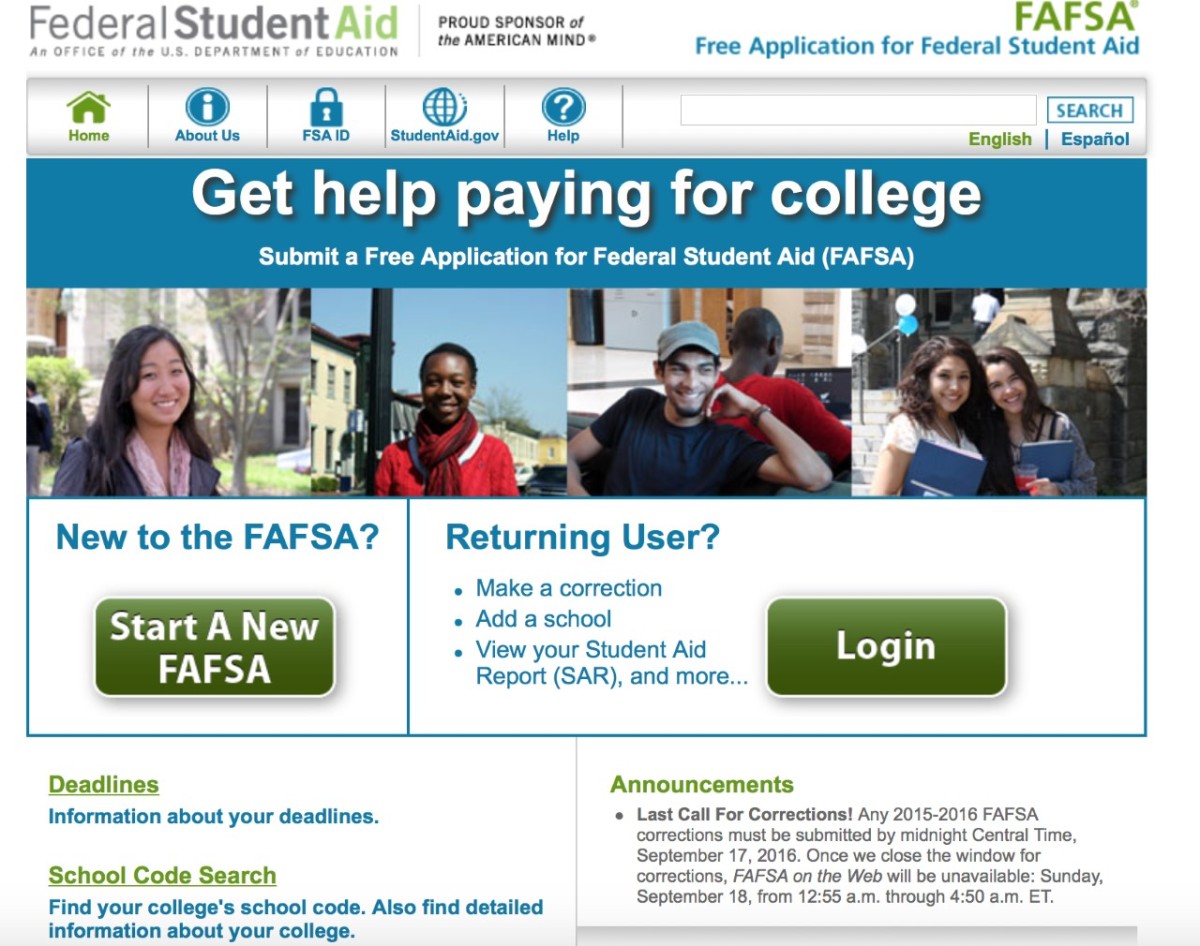 Many college students are not concerned about changes made in the government. One change that students need to be aware of is the submission date for the Free Application for Student Aid (FAFSA), which is federal scholarship money awarded by the government.

Sept. 14, 2015, President Barack Obama announced “a new initiative to allow students and families to apply for financial aid earlier,” according to a press release from the White House. “In addition, students filling out the FAFSA will be able to electronically retrieve tax information filed for an earlier year, rather than waiting until tax season to complete their applications.”

Millions of students will be impacted by this change, especially those who are unaware of it. According to the FAFSA website, “students will be able to file a 2017–18 FAFSA as early as Oct. 1, 2016, rather than beginning on Jan. 1, 2017. The earlier submission date will be a permanent change, enabling students to complete and submit a FAFSA as early as October 1 every year.”

One challenge students may face is not putting their application in soon enough.

“Some state and federal funds are awarded on a first come, first serve basis, so they need to complete it as soon after October 1 as possible,” OBU Financial Aid Director Jonna Raney said.

This means students will no longer have to wait for tax information in order to submit their application early.

“The 2017-18 FAFSA will require the 2015 tax information so they don’t have to wait for taxes to be filed as they did when the date was later and it was for year that had just ended,” Raney said.

The sooner students turn in their application, the more likely they are to receive aid.

“OBU will award scholarships as early as possible but that is not a change,” Raney said. “We’ve always awarded scholarships in October for new admitted students.”

Raney said that there really are no detriments to the FAFSA submission date moving up.

“The benefits are that students will know their financial aid package much earlier than before,” Raney said. “For current high school seniors, they can know as early as November before they begin college, whereas before, they would not find out until February.”

Additionally, students can expect a change in the FAFSA website.

“The Administration has revamped the online form for all families so they can skip questions that are not relevant to them,” according to a White House press release.

“Today, students and families on average fill out the FAFSA in about 20 minutes, only one third of the time it took seven years ago.”

Despite the relative ease in filling out the FAFSA, many students don’t take advantage of the potential to earn free scholarship money.

“An estimated 2 million students who are enrolled in college and would be eligible for a Pell Grant never applied for aid, and an unknown number failed to enroll in college because they did not know that aid is available,” according to the White House press release.

Students are highly encouraged to fill out the FAFSA.